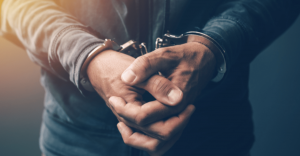 An Irish drug dealer who was arrested with money laundering charges earlier in the week believed to hold over 6000 in Bitcoins (BTC), says he lost the codes to the wallets holding the cryptocurrency. This makes it almost impossible for the Criminal Assets Bureau (CAB) to access the ~$60 million USD worth of BTC in the wallets.

In new information reported by the Irish Times, the criminal investigative unit on the case of a drug dealer charged with money laundering of 6,000 BTC (~$58 million), states the codes to unlock the wallets containing the BTC are lost. The Criminal Assets Bureau (CAB) had confiscated 12 accounts holding the BTC with each holding 500 BTC, but cannot access the accounts as the codes were stolen from the culprit’s house. This represented the largest capture in monetary terms by the CAB yet.

Clifton Collins is convicted of selling marijuana and using the proceeds to buy BTC in its early formative years in 2011 and 2012. Collins also accepted BTC as a form of payment, amassing over 6,000 BTC in that time. As the price of Bitcoin exploded, Collins used some of the money to buy lavish items including a two-seater gyroplane.

The CAB states the codes were lost during a raid on Collins home after he was arrested in 2017 for possession of marijuana. The thieves made away with items of value in his house including his briefcase with contained an A4 paper with all the codes in it.

Such scenarios offer greater insight in the complexity and finality of cryptocurrencies, a factor that the authorities hope future technology advances will be able to solve. As for now, the $58 million stashes of BTC remains inaccessible and may be wiped off the total supply if the codes are not retrieved.

So far, the authorities were able to retrieve €1.5 million EUR in BTC and a further €100,000 in cash nabbed in his house.