Upbit Hack Pushes The Market Down But Bulls Seize the Opportunity 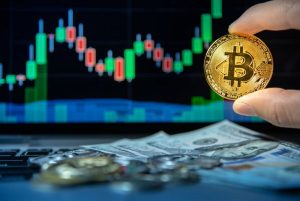 The crypto market, after having seen a spell of bearishness which had pushed Bitcoin [BTC] prices below $7,000, had just begun to recover when UpBit got hacked and triggered a massive sell-off in the market. Within a couple of hours BTC plunged lost over $300 and landed below the $7,000 mark again. However, the market made a quick recovery and BTC and ETH are in green again.

Bitcoin, which was trading well above the $7,100 mark earlier today – hitting a high of $7,185, and had consistently been moving sideways plunged to $6,879 following the news of the hack, thereby losing over $300 USD in the process.

However, the coin has shown resilience, and its price has started reversing. This shows that panic selling happened post the news of the hack, but bulls saw this as an opportunity to get into action. At press time, Bitcoin is trading above $7,100. In fact, it has established a new 24-hour high at $7,214 after the hack.

Ethereum, which was the main cryptocurrency stolen in the Upbit hack amounting to $50 million, also dipped from its 24-hour high of $148 to $141.

However, ETH also followed BTC’s footsteps and began making a recovery soon after the plunge. At press time, it is trading at $147.

Upbit was hacked today, and the hack resulted in the loss of 342,000 ETH worth nearly 60 billion won. However, the situation was handled well by the Upbit team, which played a role in dispelling the FUD among the crypto community and helping the market recover quickly.

The CEO of Doo-myeon, the operator of Upbit, Lee Seok-woo promptly updated the website with a post affirming the same, and assuring victims of the hack that their losses will be covered by Upbit assets. He also revealed that all cryptocurrencies in the hot wallet had been transferred into the cold wallet.

However, Upbit has suspended all deposits and withdrawals for at least two weeks. The exchange will make an announcement when the functions resume again.

Also, other exchanges are responding to the situation as well. Binance CEO, Changpeng Zhao, has shared that Binance will work with Upbit to ensure that any hacked funds that come to Binance are immediately frozen.

We will work with Upbit and other industry players to ensure any hacked funds that may make their way to Binance are immediately frozen.

The post Upbit Hack Pushes The Market Down But Bulls Seize the Opportunity appeared first on Coingape.