Uniswap Fees Skyrocket to Over 200 Gwei

The popular decentralized exchange Uniswap is starting to become unusable due to high transaction fees. The fees are rising with the popularity of DeFi pools and yield farming.

Ethereum typically struggles with high gas prices during a bull market. This was pretty evident in 2017 when the collectibles dApp CryptoKitties managed to clog up the network.

While Ethereum devs say that the new Eth 2.0 will be cheaper and faster, other protocols like Tron and Polkadot claim that they are solving the high-fee issue.

As BeInCrypto reported recently, Uniswap registered a massive increase in trading volume in the last few months. On the 10th of August, Uniswap’s daily trading volume peaked at $250 million, setting a new record for the exchange. 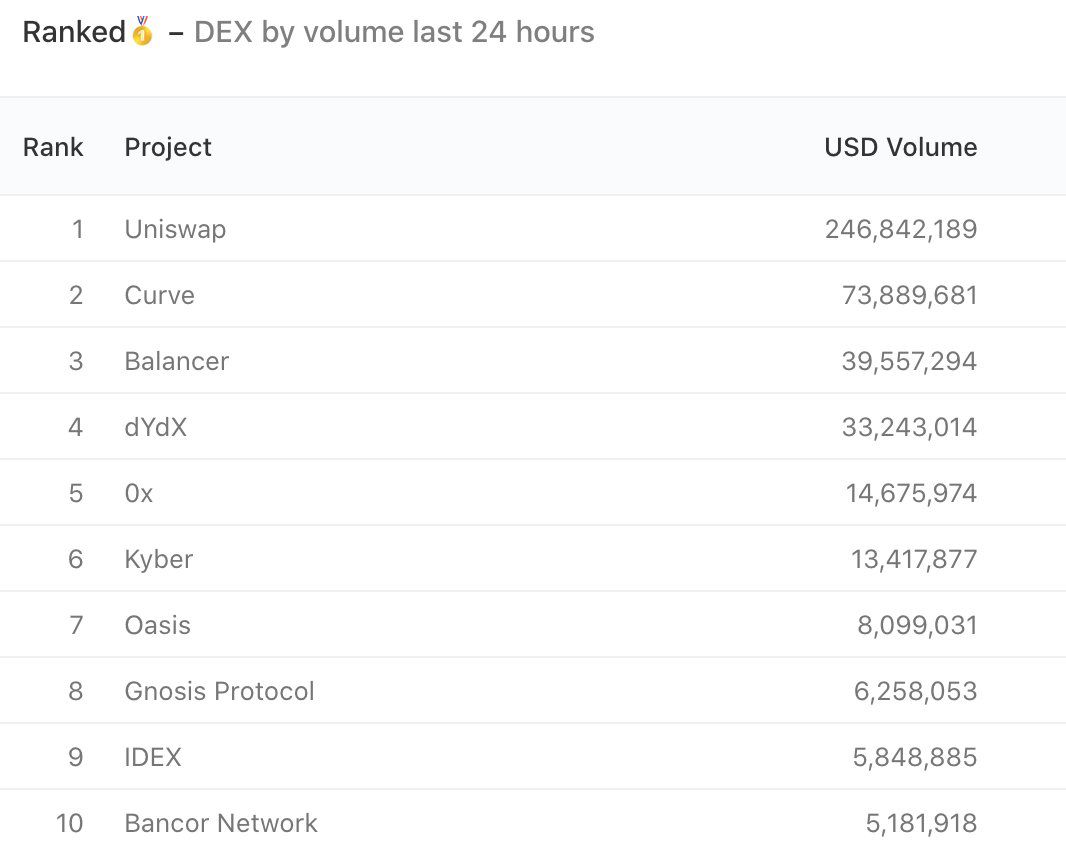 Uniswap is gaining traction because anyone can list their token there. Up until now, new projects required large sums of money to pay exchanges for listings.

As the DeFi boom continues unabated, plenty of legitimate projects are able to access millions of dollars in liquidity just through Uniswap.

The Gas Price of Fame

As with any Ethereum-based platform, fees are a major sticking point. Due to the increase in trading volume, Ethereum’s network fees have become notably more expensive. This raises concerns, since if not addressed soon, many projects may become financially unviable.

Uniswap is starting to become unusable with gas prices at 200+ gwei. The only reason people are still using it is that they think they will outperform the fees from flipping tokens (probably true). But if retail actually comes, Uniswap won't be usable for anyone but whales pic.twitter.com/2Ce01sKasO

The problem comes just as Ethereum is releasing its Medalla testnet, which, in theory, will bring fees down. But Ethereum is not alone. Other protocols are ready to take advantage of discontented users.

If retail investors can’t join the fray, the issue may halt the impending bull run. However, it’s also creating several new businesses around it, like Dharma, whose value proposition is precisely to “pay zero gas fees” on Uniswap.

1/ Calling all DeFi traders — Dharma is proud to introduce *the most powerful way to trade assets in DeFi, right from your pocket.*

Trade all 2000+ tokens in @UniswapProtocol

And for a limited time, we’re waiving our trading fee as well! pic.twitter.com/3sklUMTIqJ

Other projects like Tron and Polkadot are lingering in the shadows. JUST is Tron’s bet on DeFi, and Polkaswap is Polkadot’s version of Uniswap.

Relatively newer blockchains like Algorand and Solana also have low-gas price DeFi projects in the works. One that’s gathering a lot of buzz at the moment is Serum, built on top of Solana.

1) It's taken a huge effort from dozens of developers, designers, project managers, and community members; but things are coming together:

I'm excited to say that the first trade on the Serum DEX will print this week.@ProjectSerum

It appears that gas price projects are now possibly an investment class of their own. The network that offers the cheapest, reliable, and fastest transactions may just win the multimillion decentralized exchange race.

The post Uniswap Fees Skyrocket to Over 200 Gwei appeared first on BeInCrypto.