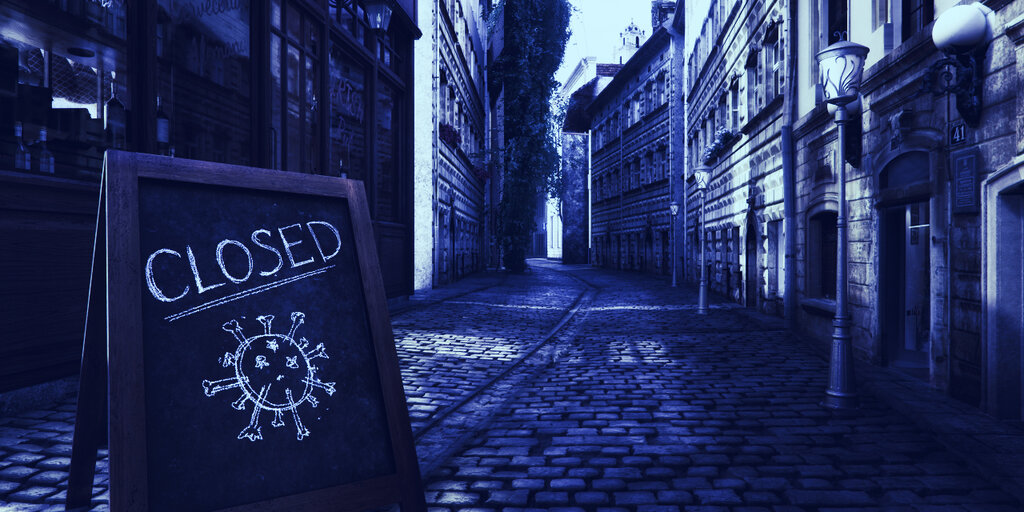 When the UK went into lockdown, financial trepidation spread into the Bitcoin world, according to a new study released Wednesday by “challenger bank” Revolut.

The UK went into full coronavirus lockdown with the British public ordered to stay at home on March 23.

In the second half of March, UK crypto traders bought nearly two-thirds (-58%) less crypto per week, Revolut said. That’s an average per week drop of approximately 540 pounds to 230 pounds ($663 to $280). Users of the Revolut app also did about 50% less trading, the company said.

Interest in the market began to pick up again on April 20, when users began to purchase more BTC, according to the report. This was accompanied by a rise in the price of BTC.

In the two weeks following April 20, the number of users buying cryptocurrencies rose 68%. The average amount of cryptocurrency bought by users increased by 57% and the amount bought per trade increased 63%, the report showed.

Throughout the lockdown period, Bitcoin (BTC) dominated purchasing habits, with a total 51% share of the cryptocurrency trading market, Revolut’s data showed. This was followed by XRP, ETH, and BCH, the company said.

Launched in 2015, Revolut now boasts more than 10 million customers, mainly in the UK and Europe. Along with banking services, the company offers a currency exchange, insurance brokerage and equity trading platform. The fintech completed a $500 million Series D in February, valuing the company at $5.5 billion.