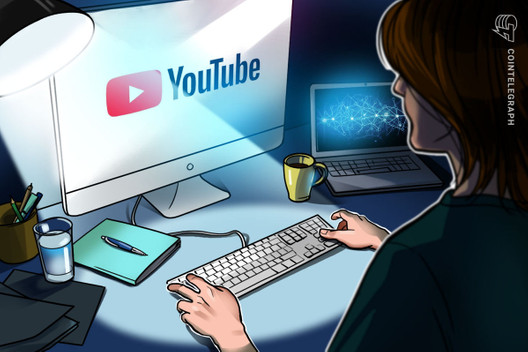 After a 24-hour ban imposed by YouTube, two crypto-related channels were restored by the platform.

Two new crypto-related channels were recently blocked by YouTube. Some creators are alleging that this is part of an ongoing campaign by the video platform against creators who publish cryptocurrency-related content. In less than 24 hours, however, the bans were lifted and both channels were fully restored.

BTC Sessions, a blockchain-based YouTube channel which has been active since 2016, reported via Twitter on April 17 that their account was notified that it had committed “repeated or severe violations” of the platform’s community guidelines.

However, after approximately eight hours, YouTube decided to lift the block. The platform stated in a brief message that the account “is not in violation” of their terms of service after all.

BTC Sessions wrote the following in a tweet after their channel’s reinstatement:

“Thanks to everyone who raised such a big stink on social media. To mitigate risk, I am expanding news related content to include streaming on YouTube, Twitch, Facebook Live, Twitter via Periscope, and DLive.”

Another channel restored after one-day ban

Tone Vays also announced on Twitter that YouTube removed his channel’s ban after being blocked by the platform on April 16:

“I want to personally thank all my followers & Bitcoin(ers) that helped make this happen. You were the ones that got my channel back. Special thanks to those that made content to spread the word.”

When the ban happened, Vays told Cointelegraph the following:

“The worst part about it is that my entire login is deleted, so, on my phone for example, I can’t even use the YouTube app to watch other people’s content. Not to mention my playlists of other people’s content are now gone too. This time I got the same warning on this morning’s video (which was nothing different from the other 1,000 videos on my channel). An hour later my entire channel was gone.”

Cointelegraph reported on April 12 that youtuber, Crypto Crow, was restored after YouTube closed his account on April 9.

Jason Appleton, the YouTuber behind the channel’s management, claimed that the platform gave him no explanation. The only indications he received were that some of his videos were flagged.

Something similar happened a month ago to Ivan on Tech and The Moon, who also experienced problems with their YouTube channels.