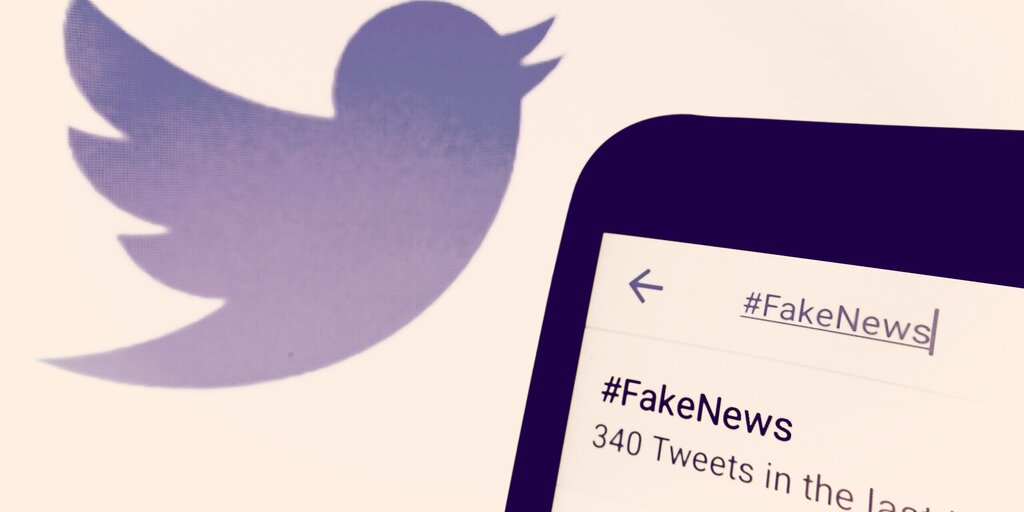 Researchers at Carnegie Mellon University said that roughly 45% of Twitter accounts that have been posting messages about the coronavirus pandemic are likely controlled by automated bots.

Since January, researchers have analyzed over 200 million tweets that discussed the virus and found that almost half of them behaved “unhumanly,” according to an article published by NPR on Wednesday.

“We do know that it looks like it’s a propaganda machine, and it definitely matches the Russian and Chinese playbooks, but it would take a tremendous amount of resources to substantiate that,” said Kathleen Carley, a professor of computer science at Carnegie Mellon University.

Currently, Carley is conducting a study on bot-generated coronavirus activity on Twitter. While it’s not clear exactly what individuals or groups are operating these bot accounts, the researchers said that it looks like the tweets aim to cause social division in the US.

Among over 100 identified “false narratives” about the coronavirus propagated by bots are conspiracy theories about hospitals filled with mannequins and 5G towers accelerating the spread of the coronavirus.

As Decrypt reported in early April, at least 20 cell towers have been burned in the UK over a conspiracy theory linking the coronavirus pandemic to 5G technology.

At the same time, numerous conspiracy theories were being endorsed by several UK celebrities such as Amanda Holden on Twitter, making the bots’ job for them. Although she later claimed the tweet was made by accident.

“We’re seeing up to two times as much bot activity as we’d predicted based on previous natural disasters, crises and elections,” Carley added.

To determine whether an account is controlled by a bot, the researchers examined their behavior and tweeting patterns. If some users are posting more messages than it is humanly possible or claim to be in different countries almost simultaneously, a so-called bot-hunter tool will flag them.

“When we see a whole bunch of tweets at the same time or back to back, it’s like they’re timed,” Carley noted, adding “We also look for use of the same exact hashtag, or messaging that appears to be copied and pasted from one bot to the next.”

These labels will apply to anyone sharing misleading information that meets the requirements of our policy, including world leaders.

Even if they are posted by Donald Trump.