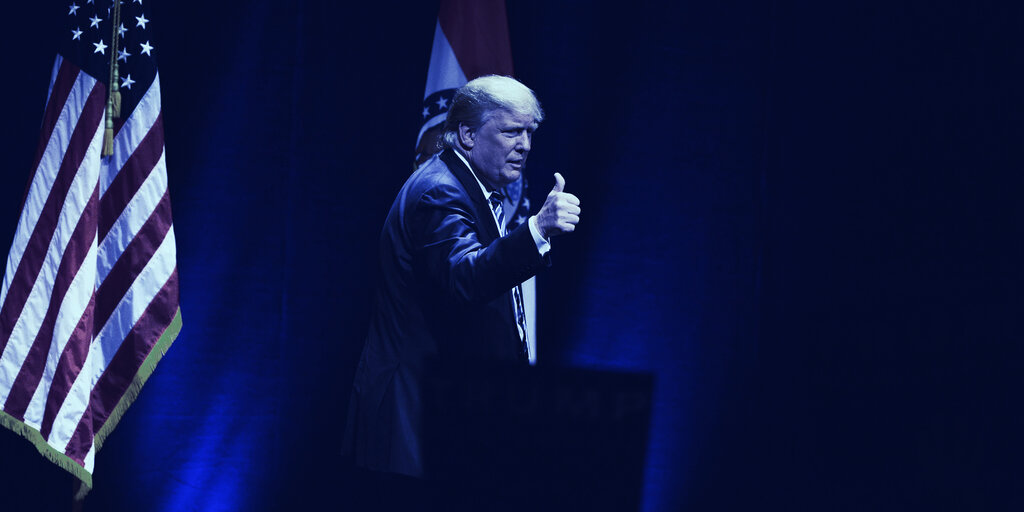 After a snap decision from President Trump yesterday, SEC chairman, Jay Clayton, is tipped for nomination for the next US attorney for the Southern District of New York (SDNY)—i.e. Wall Street—opening up the role of SEC chairman.

According to a DoJ press release from Attorney General William P. Barr, Clayton would replace incumbent US attorney for SDNY, Geoffrey Berman, whom Trump dismissed just hours prior to the announcement of his intention to nominate Clayton.

“Why does a president get rid of his own hand-picked US Attorney in SDNY on a Friday night, less than five months before the election?” he wrote.

Why does a president get rid of his own hand-picked US Attorney in SDNY on a Friday night, less than 5 months before the election?

What lies in store for crypto now?

As the dust settled on Berman’s sacking, speculation turned to who would replace Clayton as Chair of the SEC. As yet, there’s been no official mention of a successor, but the importance of the role isn’t lost in the crypto community.

“The SEC chair is one of the most important US officials for crypto regulation,” tweeted Jake Chervinsky, resident crypto lawyer and General Counsel for DeFi company Compound. “Our chance at ETF approval & clarity on a wide range of issues for years to come hangs in the balance.”

Meanwhile, others reflected on Clayton’s tenure with mixed emotions.

Michael Arrington, the founder of TechCrunch and Arrington XRP Capital, said that the crypto sector would be better off with Clayton’s departure.

Whatever else, Jay Clayton leaving the SEC is a win for crypto and sound money fans across the world. Hopefully he does less damage as a US atty https://t.co/1mjo6zEIrj

This was met with opposition from crypto specialist, and partner at law firm Anderson Kill, Preston Byrne, who highlighted Clayton’s more agreeable contributions.

“I think [Clayton] did a good job at the SEC and read the tech more or less correctly. He determined Bitcoin wasn’t a security, after all,” replied.

U.S. Attorney for SDNY is the most powerful prosecutor's office in the world. SEC is a civil enforcement agency.

I think he did a good job at the SEC and read the tech more or less correctly. He determined Bitcoin wasn't a security, after all. https://t.co/bS79F96tOM

While some consider his approach to be measured and fair, others believe Clayton could have chosen to accelerate innovation.

He was notably responsible for cracking down on the ICO boom in 2017, remarking that most ICOs were securities, and quickly put an end to the trend.

Nevertheless, Clayton Later flip-flopped on his security classification of the grandfather of all ICOs: Ethereum, officiating it as a non-security token.

As for who might take the reigns, one voice stands tall: Hester Pierce

Affectionately nicknamed “crypto mom” for her positive stance on the crypto sector—in 2018, she took offense at the SEC’s rebuttal of a Bitcoin ETF, which had been proposed by the Winklevoss twins—SEC commissioner Hester Peirce is a clear favorite.

Given Trump’s candid criticism of crypto, however, the likelihood of Hester gaining his nomination could be slim.