Trump says next stimulus checks could be bigger than last time 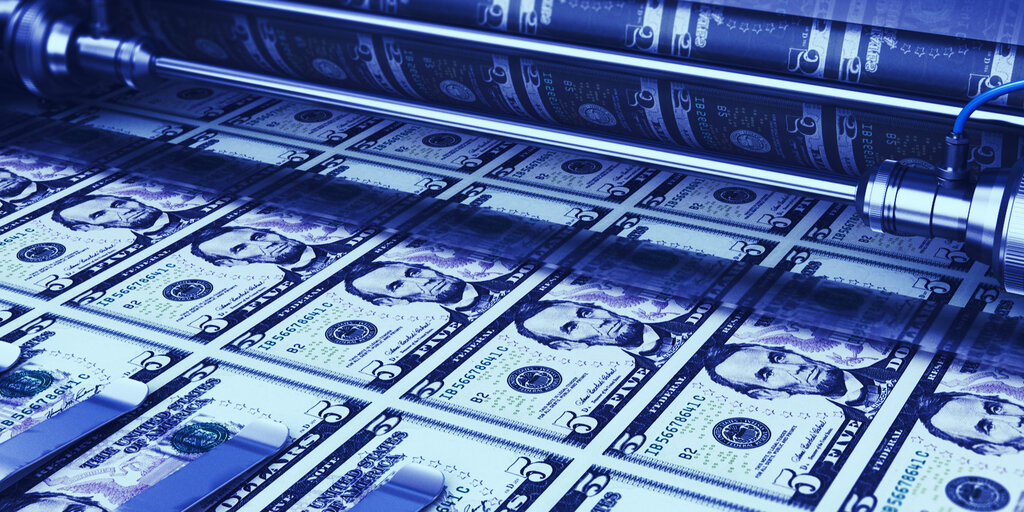 US President Donald Trump said that the next round of coronavirus relief packages may include “way higher” checks than the previously distributed $1,200 payments, FOX10 Phoenix reported yesterday.

“It may go higher than that actually,” Trump said on Wednesday during an interview with KMID, adding that “I’d like to see it be very high because I love the people. I want the people to get it.”

Senate Republicans have so far proposed a draft stimulus package, known as the HEALS act, which sets out a plan to hand out a further $1 trillion in funding.

“We’re printing forever. It’s zero percent forever. So now the bottom’s going to drop out of the dollar,” noted Peter Schif, CEO and chief global strategist of Euro Pacific Capital, during his debate with Anthony Pompliano on Tuesday.

In the last month, the US dollar has declined six percent against the Great British Pound. A factor that could drive people toward Bitcoin, Jason Deane, an analyst at Quantum Economics, recently told Decrypt.

“USD devaluation, increasing awareness of Bitcoin and ease of use and access […] makes Bitcoin a likely candidate for a safe haven/store of value going forward in my view,” Deane noted while stressing that, “We never know for sure, of course!”

Fidelity Digital Assets—the crypto arm of investment giant Fidelity—published a report on Wednesday backing up this idea. It provided four components of Bitcoin that support the thesis that it can be a store of value, from a fixed supply to low inflation rates.

When the last stimulus checks were handed out, some of the recipients spent their $1,200 buying Bitcoin, as Decrypt reported at the time. According to The Bitcoin Stimulus Twitter bot, those that did saw their investment increase to $1,950 at current prices. Perhaps Bitcoin kept its value because it couldn’t be printed at a whim.