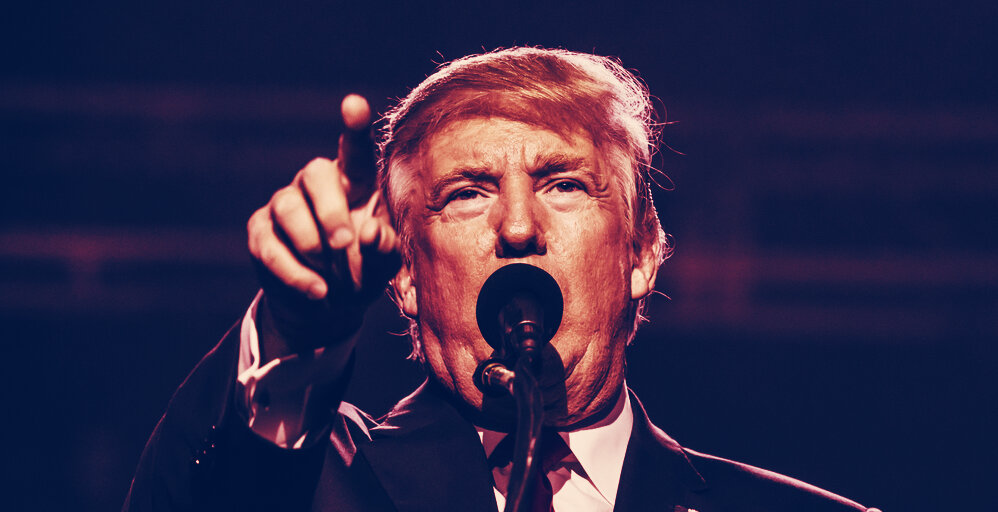 US President Donald Trump reportedly first told US Treasury Secretary Steven Mnuchin to “go after Bitcoin” in May 2018, according to former national security advisor John Bolton. That’s a year before he fired a barrage of skeptical comments against cryptocurrencies.

.@AmbJohnBolton claims in his new book that @realDonaldTrump told @stevenmnuchin1 to "go after" Bitcoin. https://t.co/ZrlOHIBMOF

According to the Washington Examiner, Trump’s anti-Bitcoin statement is described in “The Room Where It Happened,” Bolten’s yet unpublished book.

“Don’t be a trade negotiator […] Go after Bitcoin [for fraud],” Trump allegedly told Mnuchin in the book, a copy of which the Washington Examiner claims to have in possession.

“If you don’t want me on trade, fine, your economic team will execute whatever you want,” Mnuchin allegedly replied.

“The Room Where It Happened” was supposed to hit the shelves on June 23, but the Justice Department filed a lawsuit against its author on Tuesday, urging the court to stop its release since the book allegedly contains classified material.

According to the outlet, the described “tense exchange” between Trump and Mnuchin occurred during a conversation about upcoming trade sanctions and tariffs on China in May 2018.

The Bitcoin crackdown in 2020

Earlier this year, Mnuchin announced that the US government was cracking down on the illicit use of cryptocurrencies.

If the quotes from Bolton’s book are genuine, that implies that Trump was apparently considering some kind of a crackdown on Bitcoin—or crypto in general—over a year before he publicly blasted digital assets.

On July 12 last year, Trump tweeted that he is “not a fan of Bitcoin and other Cryptocurrencies,” adding that they are “not money.” He also blamed crypto for facilitating “unlawful behavior, including drug trade and other illegal activity.”

At the time, many well-known crypto and financial experts commented on Trump’s series of tweets, suggesting that he is misinformed. “Ur staff is misleading you,” said Caitlin Long, the CEO of regulated crypto bank Avanti.

1/ Mr President—#Wyoming, the state that gave you the highest margin of victory in 2016 (even bigger than Reagan), welcomes law-abiding #crypto companies & created a new type of bank charter to allow them to comply w/ the law. You are just wrong on this—ur staff is misleading you

Real money on not, it looks like Trump is still serious about fighting “crypto crime”—he even wants to assign the Secret Service to the task.