Tron (TRX), Not Ethereum (ETH), Has the Most Active Users: Report 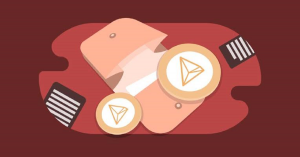 Tron, the Justin Sun-led smart contracting platform, has the most active users ahead of both EOS and Ethereum. This is according to a summary by CryptoDiffer, and highlights differentiating statistics behind the three popular protocols further debunking beliefs closely held by the community.

Ethereum, being the first of the kind platform to offer smart contract support, lags at third behind Tron and EOS.

This is contrary to parallel reports that new users were flocking to Ethereum–which is consequently the most active, and hosts most DeFi apps.

94% of TRX users were Active

According to the report, 94% of TRX users, judged from their active addresses, were active. Meanwhile, the number of EOS-related active addresses were 90%, while Ethereum’s were 61%.

THE STATE OF #DAPPS

Based on this report, we prepared an infographic to show the dynamics of key indicators like new users, the total number of Dapps, volume in Millions USD and user activeness by Platforms: $ETH $EOS $STEEM $TRX $TOMO $IOST

The disparity meant that despite the low number of active addresses in Tron, a majority of those accounts were active.

An earlier report revealed that though 5% of Tron user addresses were active, its activity rate came third after Bitcoin and Ethereum. As per Misha Lederman’s tweet, Tron had 233k active addresses.

As most crypto enthusiasts focus on this mini bull-run (caused by a strange hopium mixed fear about a notorious fraudster), #TRON rises to 3rd Most Active Addresses among all blockchains:#Bitcoin: 640k (300k txs)#ETH: 281k (549k tx)#TRX: 233k (1M txs)

However, compared to Bitcoin, a popular blockchain platform that lacks smart contracting capabilities, its active addresses were 10X fewer.

However, it was Ethereum that attracted more new users as enthusiasts flocked to the platform steadily throughout the year.

Analysts attribute the steady rise in Ethereum new users to DeFi applications. A majority of these open finance applications were launched in the pioneer smart contracting platform.

Attractive, the objective of DeFi is to liberalized banking by duplicating financial structures and deploying them on the blockchain.

This way, users have total control of their finances and can lend, receiving decent interests in return.

“Nearly half of active Ethereum dapp users have used DeFi dapps in 2019. 70% of the volume generated by the native ETH token was the use of decentralized exchanges and financial services, such as lending.”

The post Tron (TRX), Not Ethereum (ETH), Has the Most Active Users: Report appeared first on Coingape.