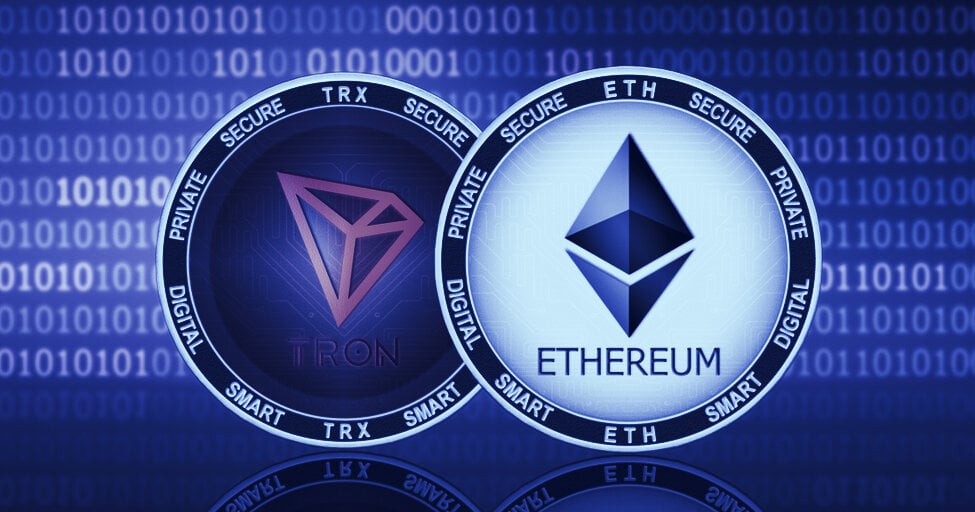 The price of Tron (TRX) has just reached $0.0388 today after gaining 19% in the last 24 hours and is now one of just two top-20 cryptocurrencies in the green today.

Tron is now at its highest value in more than a year and has been on a significant uptrend since mid-March. Overall, the cryptocurrency is up 65.3% in the last week, 97.1% in the last month, and close to 147% in the last year.

Trading volume for the cryptocurrency has also skyrocketed in the last week, climbing from just over $660 million per day up to almost $3.5 billion as of writing. Much of this growth appears to be fueled by a big interest in DeFi protocols on Tron.

As a result of this uptick in interest, PEARL spiked to over $4,000 and is now up 22% in the last day, whereas TAI is now trading at $35.59—up 227% since yesterday. JustSwap now achieves close to 15% of the trading volume seen by its Ethereum-equivalent Uniswap.

We serve you some #Salmon this time from the TronFi family. Eat Meat, not only Fruit and vegie. @Tronfoundation pic.twitter.com/Zt0zA75M98

Now that genesis mining just launched for Justin Sun’s recently announced Sun coin and Tron is now set to get its own version of SushiSwap, known as SalmonSwap, there is no telling if or when the Tron DeFi hype train will stop.