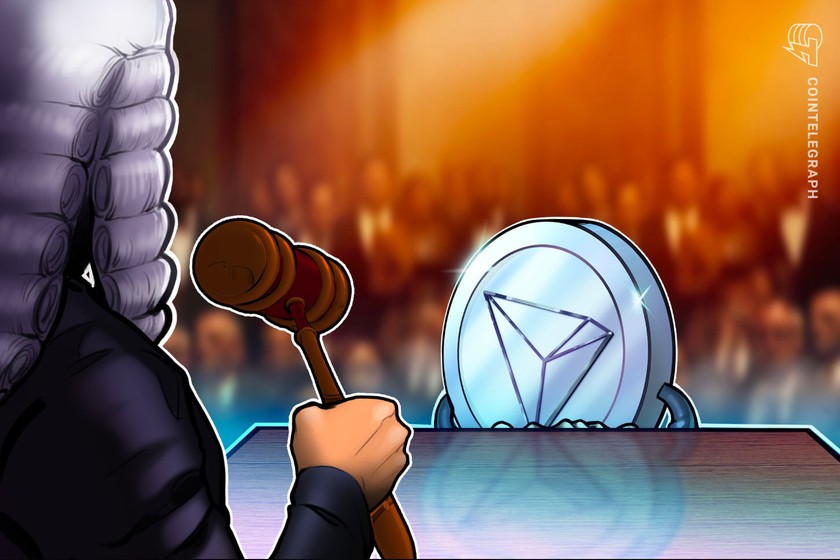 The Tron Foundation has filed a motion to dismiss a lawsuit from plaintiffs alleging securities violations with its $70 million 2017 ICO.

The Chinese blockchain developer filed a motion to dismiss on Dec. 15, asserting that the case has “no connection” to New York. The foundation also emphasized that the lead plaintiffs did not participate in Tron’s ICO, and that they filed the suit roughly two years after the offering’s completion:

“Despite having not purchased during the initial offering or from Tron, plaintiffs attempt to form a nexus between their purchases and alleged marketing activities by Tron.”

Tron argued that the complaint does not allege that U.S.-based investors participated in the ICO.

The motion also notes that the three lead plaintiffs purchased their TRX tokens through secondary exchange, Binance, asserting the suit should be dropped as it appeals to securities laws that do not apply to secondary market purchases.

Tron argued that the plaintiffs’ decision to purchase TRX years after the ICO through a secondary exchange has no connection to the Tron Foundation.

The defendants also dismissed allegations that Tron’s 2017 whitepaper was misleading through characterizing TRX tokens as not comprising securities, stating:

“This claim was not even pleaded in the original complaint, and it is nothing but a litigation afterthought.”

The lawsuit was filed on April 3, the same day that 10 other suits were lodged in the Southern District of New York against crypto exchanges and issuers, all of which alleged the distribution of unregistered securities.

Tron conducted its ICO from Aug. 24, 2017 until Sept. 2, 2017, raking in $70 million for its TRX tokens that it described as the native currency for its online platform.