Travala (AVA) Soars 400% In Price Post It’s Acquisition By Binance, What To Expect Next?

Travala (AVA) Soars 400% In Price Post It’s Acquisition By Binance, What To Expect Next? 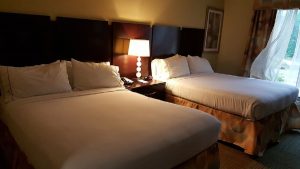 Travala’s native token, AVA, is one of the top performers in the last week. Travala is a blockchain-based booking platform whose token has been unexpectedly resilience despite downturns caused by coronavirus.

Soaring from lows of around $0.11, AVA is at the time of press changing hands at $0.36 against the TetherUS (USDT).

Week-to-date, the token is up a massive 93 percent, posting gaining against both Bitcoin (BTC) and Ether (ETH).

Interestingly, this is nothing compared to the short and a perpendicular eruption of price in the last ten days when it value literally flew after a period of accumulation.

Behind these are rumors of a possible Binance acquisition. The travel company’s performance has been dismal and couldn’t match Travala’s though both platforms accepted cryptocurrencies.

There has been no confirmation from either party but what is publicly known is that the platform partnered with TravelByBit which is backed by Binance. Travala will absorb one of Binance’s partners, TravelByBit.

The deal opaqueness and silence is what’s sparking speculations.

“Booking service Travala was essentially acquired by Binance yesterday. Travala has its own tokens (because of course it does) and it magically soared by 400% in 10 days leading to the announcement. Some shady stuff was happening as always.”

Booking service Travala was essentially acquired by Binance yesterday. Travala has its own tokens (because of course it does) and it magically soared by 400% in 10 days leading to the announcement. Some shady stuff was happening as always… pic.twitter.com/3QQYLtSB2j

Binance has been on an acquisition spree, spreading its tentacle across the industry and handing over colossal sums for majority control. The partnership with TravelByBit will see AVA power the “merged platform with the added utility of flight bookings.”

In an announcement made on May 20, Travala termed their engagement with the Binance-backed platform as strategic and in later days the two companies will fuse their service offerings rolling out this mega platform boasting of over two million hotels with support from over 600 airlines across the globe.

Juan Otero, the CEO of Travala, said the deal with TravelByBit will align their objectives with Binance, an aggressive exchange which is pushing for full crypto adoption. Meanwhile, commenting on this development, Changpeng Zhao, the CEO of Binance, said his platform will offer support by “bringing more widespread crypto utility through travel.”

Still, whether Travala has been covertly acquired by Binance to warrant a surge of AVA price will remain as it is, a fun rumor. An official statement will eventually put everything to rest.