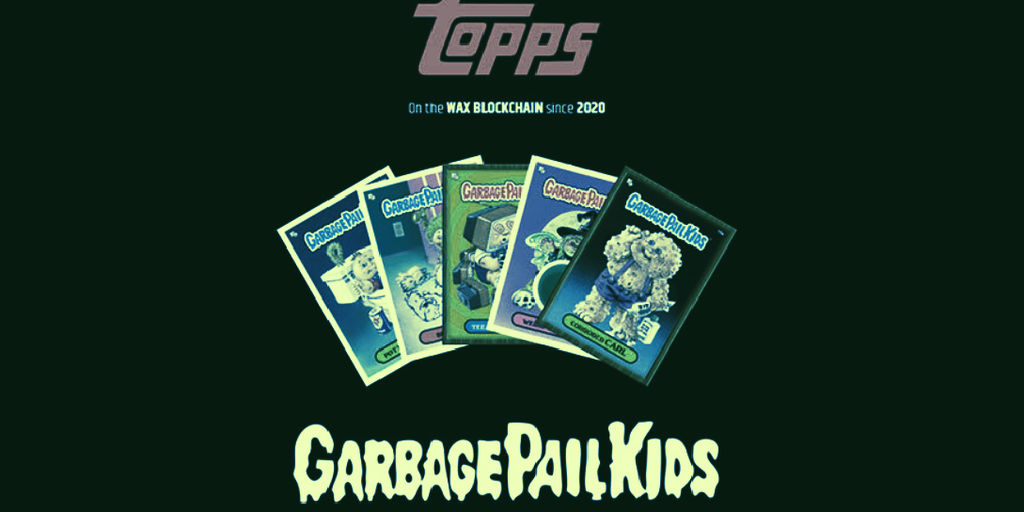 World-renowned trading cards producer, The Topps Company, is migrating to the blockchain today in a long-awaited collaboration with crypto-centric e-commerce start-up WAX.

Since 1938 Topps has manufactured popular trading cards ranging from major league baseball stars to Star Wars characters. Now, after partnering with WAX, The Topps Company is immortalizing its famed trading cards on the blockchain. And it’s starting with a classic.

Kicking off with the Garbage Pail Kids, the Topps-WAX collab will enable purchasers to showcase, sell or trade collectables, instantly, with anyone around the world on WAX’s global marketplace.

Along with providing ownership records and trading history, the immutable and verifiable nature of the blockchain means that counterfeit cards—something has riddled the trading card community for years—will become a thing of the past.

To mark the launch, buyers of the Garbage Pail Kids pack will be entered to win an “ultra-rare golden card,” of which there are only 100 in existence.

The decision to start with a digital rework of Topps’ most popular trading cards is no coincidence. Originally released in 1985, the physically manufactured version of the Garbage Pail Kids now fetch a hefty sum—anywhere between $1,000 – $7,000 depending on the condition. But the Garbage Pail Kids pale in comparison to Topps’ major league baseball cards.

During an auction in 2016, Mickey Mantle’s 1952 Topps card joined the exclusive club of million-dollar trading cards, fetching a cool $1.13 million.