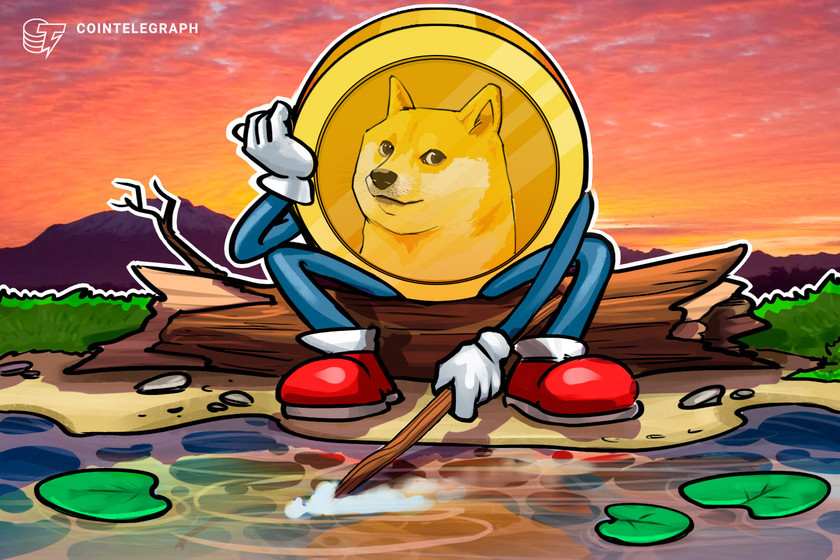 A speculative wave is now receding, and more than one trader regrets the ride.

After a pump that highlighted the power of crowd mania and meme magic, Dogecoin has tumbled nearly 40% in a retreat from $.06 Friday highs, falling as low as $.033 this morning.

For the influencers and Wall Street Bets refugees who joined in on the rise — many of whom were taking their first ride on what’s known to be a notoriously volatile chart — the price action reversal has been especially harrowing.

Doge doing what it does best, welcoming people into crypto with a huge slap in the face. https://t.co/0GpiKe4B8U

Just yesterday, Dogecoin made history for cracking the top 10 cryptoassets by marketcap for the first time since 2015. The currency named after a dog meme that was started as a joke was propelled to such lofty heights on the back of similarly record-breaking social media volume, according to analytics provided by The TIE.

The move from Robinhood and other brokers prompted furious accusations of hypocrisy and speculation that hedge funds were being favored over smaller investors — and what’s a better way to highlight a broken system than pumping a joke coin to a multi-billion dollar valuation?

However, after reports of withdrawal issues on multiple centralized exchanges, Dogecoin has undergone a violent overnight reversal, leading many buyers to take to social media to express their regret. Just a few hours after posting that she’d “finally caved and bought the dog stock,” podcast host and media personality Mia Khalifa indicated some buyer’s remorse:

This is the first time I’ve ever hated a dog.

Khalifa wasn’t alone in feeling the pain. Multiple streamers and social media influencers had been along for the ride, and stream viewers last night witnessed some wondering if a “nuke” had gone off:

Seeing the value of DOGE nearly cut in half doesn’t seem to have pushed too many investors to more fundamentally sound projects, however. #DogeToADollar is currently a trending topic on Twitter, and a steady stream of users are claiming to double down.