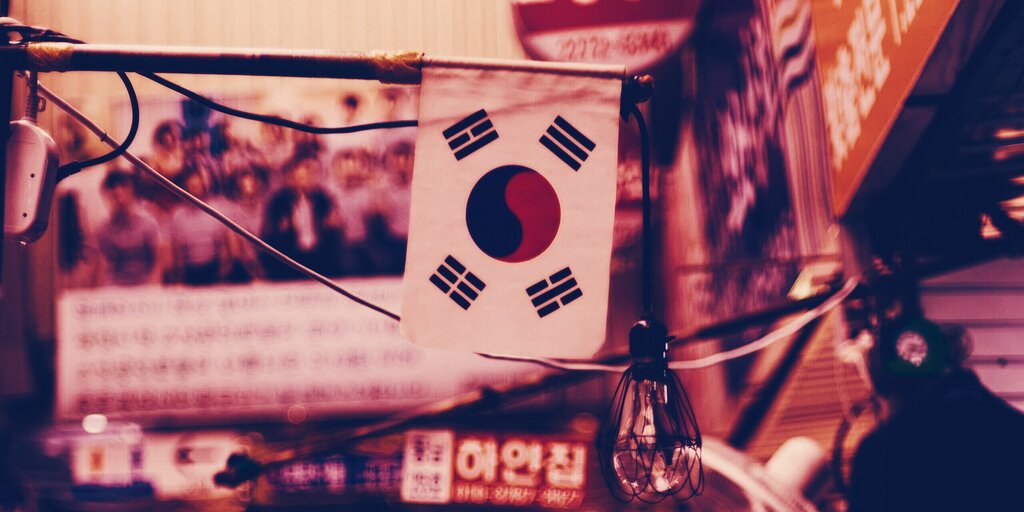 South Korea’s moving fast in the institutional crypto space. Four of the top banks in the country are mulling a regulated custody service in the coming months, according to local publication MTN.

Korean banks cited increased customer demand and diversification as two reasons behind the interest in crypto. Together, the top five banks hold over $1.2 trillion of assets under management, and four of those—Woori, Shinhan, Kookmin, and Nonghyup—are now targeting the crypto space.

The report said Shinhan and Woori announced their plans ahead of the South Korean government’s regulation around cryptocurrencies next year. On the list of legislation is proposed taxation on crypto profits, reporting on all transactions, and allowing only licensed entities to operate and provide crypto services for clients.

NH Nonghyup Bank and Kookmin Bank have already set up blockchain “teams” to plan the custodial offering. The former even hopes to roll out “advanced” features to attract the well-heeled, the report noted.

Shinhan had previously announced crypto custody services in 2017—when Bitcoin reached $24,000 per coin in the country—but ceased to act on those further after receiving a legal notice.

Meanwhile, a Korean economist said the plans were “too little, too late” compared to the work that China and the US were conducting for regulating cryptocurrencies.

“Other countries are moving very quickly in this regard. But there is still no legal system in place in South Korea, so progress is slower than expected,” said Park Sung-Joon, the head of the Blockchain Research Center at Dongguk University.

“I am worried about losing [our] competitiveness,” said Park, adding that support from “institutional investors” was a necessary feature ahead of crypto regulations.

The Korea government is big on blockchain and digital currencies. It has earmarked a $400 million warchest for research in and development of distributed ledger systems as it seeks to shrug off the economic effects of the pandemic.