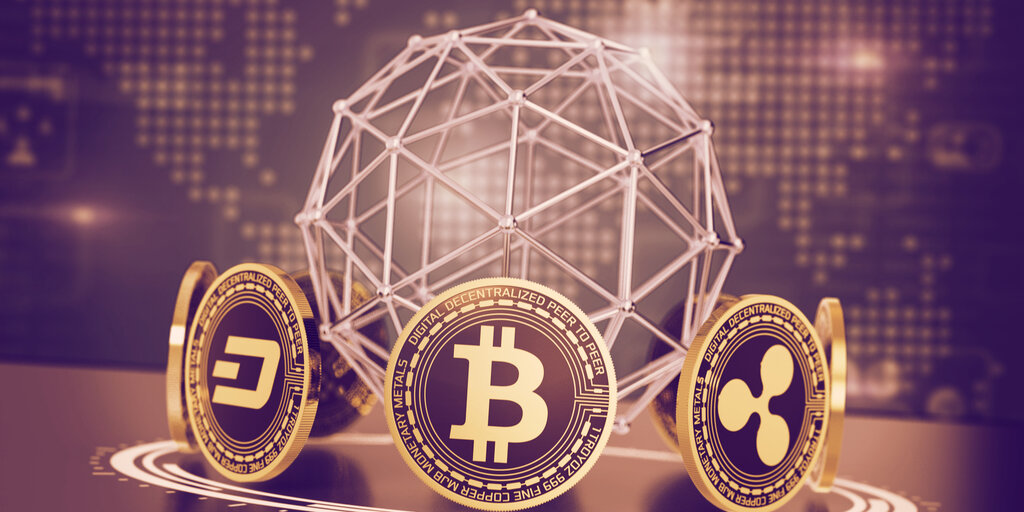 Top exchanges are pushing lower-tier ones out of the market, a new report from CryptoCompare finds.

In its monthly crypto exchange benchmark report, published today, crypto market analytics firm CryptoCompare found that lower-tier exchanges, such as Coinhub and Bitexbook, continue to be squeezed by top exchanges, such as Binance and Coinbase.

Top tier exchanges—those with the lowest amount of risk for traders (exchanges are graded on factors such as security, insurance and market quality)—have increased their market share in the past nine months, found the firm.

“The increasing gulf in volume between Top-Tier exchanges and Lower-Tier exchanges may be a sign of a more mature market. It also reflects the fact that more exchanges are now ranked Top-Tier due to new market entrants, and exchanges improving,” Constantine Tsavliris, Head of Research at CryptoCompare, told Decrypt.

CryptoCompare gave its top accolade, an “AA” grade, to just two exchanges: Gemini and Coinbase. Among those listed on the next rung down, “A”, are Binance, Kraken and Bitifinex.

Crypto exchange giant Binance took pole position in June, trading $41.8 billion (albeit down 19.6% from May).

Lower-tier exchanges—those that CryptoCompare considers riskier bets for traders—were edged out. In 2019’s final quarter, they amounted to 68% of the market share. That figure has been in decline ever since.

But taking the crypto exchange market as a whole, CryptoCompare found that overall security is, generally, poor.

Just 15% of exchanges claim to hold 95% of user funds in cold wallets, it found. Holding funds in cold wallets—wallets that aren’t connected to the internet—makes the exchange resistant to hackers. It also found that just 5 percent of exchanges offer insurance on cryptocurrency.

And, citing data from crypto analytics firm CipherTrace, CryptoCompare found that 38% of exchanges “interact with high-risk entities,” such as vendors from dark web marketplaces or gamblers, for over 25% of transactions. CipherTrace also determined that 44% of exchanges have poor or inadequate “know your customer” checks.

The country with the lowest average score, by far, was Russia. Japan had the highest score. Exchanges, clearly, still have a lot of work to do.