Top 5 Reasons Why Bitcoin Is Poised To Cross $10,000 Before The Halving 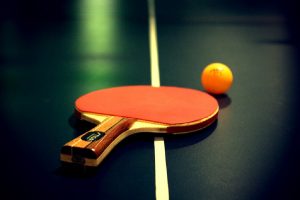 Looking at the daily charts the price of Bitcoin gives a bullish signal following its cross above the SMA 50 resistance at $6,850 to trade at a current price of $6,893. The price holds on to key resistance levels despite the slight slip from the intraday highs of $6,963.

With the relative strength index (RSI) oscillating in bullish territory, a push past the $8,000 mark may set the price towards reclaiming yearly highs at $10,300 before the halving.

It is hard to ignore the effect of the virus across the global economy given the number of lost jobs and closed businesses across the globe. The U.S turned to its money printers at the Federal Reserve to provide citizens and its economy with a $2 trillion USD stimulus boost. Notwithstanding, following the current collapse in the crypto market, U.S President, Donald Trump has promised to prevent the failure of the big oil companies.

We will never let the great U.S. Oil & Gas Industry down. I have instructed the Secretary of Energy and Secretary of the Treasury to formulate a plan which will make funds available so that these very important companies and jobs will be secured long into the future!

However, Trump’s move is heavily criticized by a top crypto analyst, Bitcoin JackSparrow on Twitter, who believes banks bailing out the oil companies while fundamentals are wanting, constitutes to more liquidity problems. He tweeted,

“Oil industry was already – one of many – a tail risk for the American financial system. Taking over the companies and increase credit whilst fundamentals stay grim, puts these banks at further risk…And with that, tum dum dum, larger risk on global finance.”

Can BTC provide a safe store of value in light of the collapsing traditional asset market?

Despite the stagnant prices, the explosive growth in Bitcoin’s mining difficulty and hash rates offers a bullish signal for the top cryptocurrency heading to the halving. Earlier on Apr.21, Bitcoin’s difficulty hit an all-time high of 114 Exahashes, signaling the strength and belief of miners on the network.

This spike in difficulty may set the coin towards $10,000 in the coming days heading to the halving.

Stable coins experienced a $1 billion growth in market capitalization so far in April with Tether (USDT) leading the market. According to the data, over $8 billion is currently parked in stablecoins, giving a very bullish signal on the price of BTC going forward. According to crypto author and analyst, Keith Wareing, miners may be holding up a huge chunk of the stablecoins in preparedness to purchase BTC.

“Potentially a third, if not more of the stablecoins being held, could be in the hands of larger miners waiting to the drive the price.”

All in all, many factors are expected to come into play heading to the halving as the world remains unstable from the COVID -19 pandemic. A break above key resistance levels coupled with positive network fundamentals looks to be the key to propel the price of BTC above $10,000 heading into May’s halving.

The oil industry is finally trading in the double digits after hours of trading in the sub-zero levels in the past day. The huge crash on crude oil futures markets, possibly caused by the sharp decline in demand & consumption, sent shockwaves across the global economy leading to invariant performances across financial markets.

WHY ARE gold, silver Bitcoin dropping in price. MANY REASONS. One is crash in oil. Real reason LIQUIDITY SQUEEZE Shortage of FAKE $ forcing sale of LIQUID REAL ASSETS gold, silver, Bitcoin for FAKE $. Buying opportunity if you can find REAL gold,silver&Bitcoin.

In light of the selloff, several crypto analysts and enthusiasts are calling on investors to focus their funds on Bitcoin in the coming days as the coin heads towards its most important quadrennial event – the block reward halving.

Do you think Bitcoin will cross $ 10,000 before Halving let us know in the comments.