Top 3 Price Prediction Bitcoin Ethereum and Ripple: BTC/USD Slumps Under $8,500, Are The Bears Back? 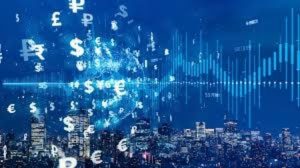 The cryptocurrency market is back in the red following a bullish action-packed last week. The weekend session was stable with most of the major cryptocurrencies holding above newly found support areas. Bitcoin price failed to break above $9,000 but stayed afloat above $8,700. Ethereum could not sustain gains above $200 but remain stable above $200. Ripple on the other hand, stalled under $0.22 while the buyers held the ground above $0.21 over the weekend session.

Are the bears back?

The prevailing picture is very different from that at the end of last week. Ethereum is leading the bearish action with losses in the excess of 5%. From an intraday high of $210, the price is dancing at $198. On the downside, an intraday low has been reached at $195 while the trend remains bearish amid high volatility.

Chart of the day: BTC/USD daily

Bitcoin price is trading at $8,608 at the time of writing. All eyes are glued on the confluence support formed by the 61.8% Fibo taken between the last swing at $10,518 to a swing low at $3,856 and the 200-day SMA. The Relative Strength Index (RSI) is in the middle of a retreat from last week’s overbought levels. The sharp downward slope means that the bearish grip is tightening. Other support areas to look forward to are the 50-day SMA at $7,000 and the 38.2% Fibo at $6,412.