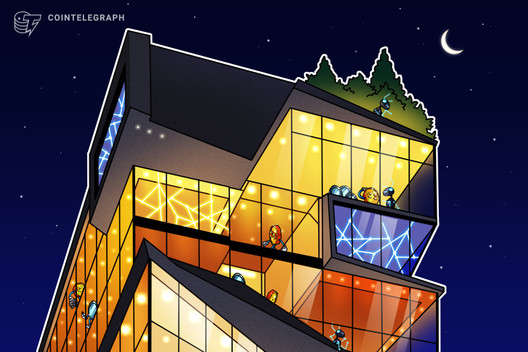 Discussing cross-blockchain protocol that enables the use of ledgers in an interoperable bundle.

The advantage of the cross-blockchain protocol for public registries is that it can unite any number of existing ledgers in one ecosystem and does not need to upgrade the protocols of such blockchains. In simple terms, the protocol works as an aggregator of tokens across blockchains. The protocol conceptually comprises two major elements:

The resulting representation of the collected tokens is a logical superstructure across many blockchains — the public registry. It is decentralized because the same algorithms are applied to every node independently. So, a government agency, for example, doesn’t exclusively own one public property database, but it literally lives on every user’s machine in the cross-blockchain database. 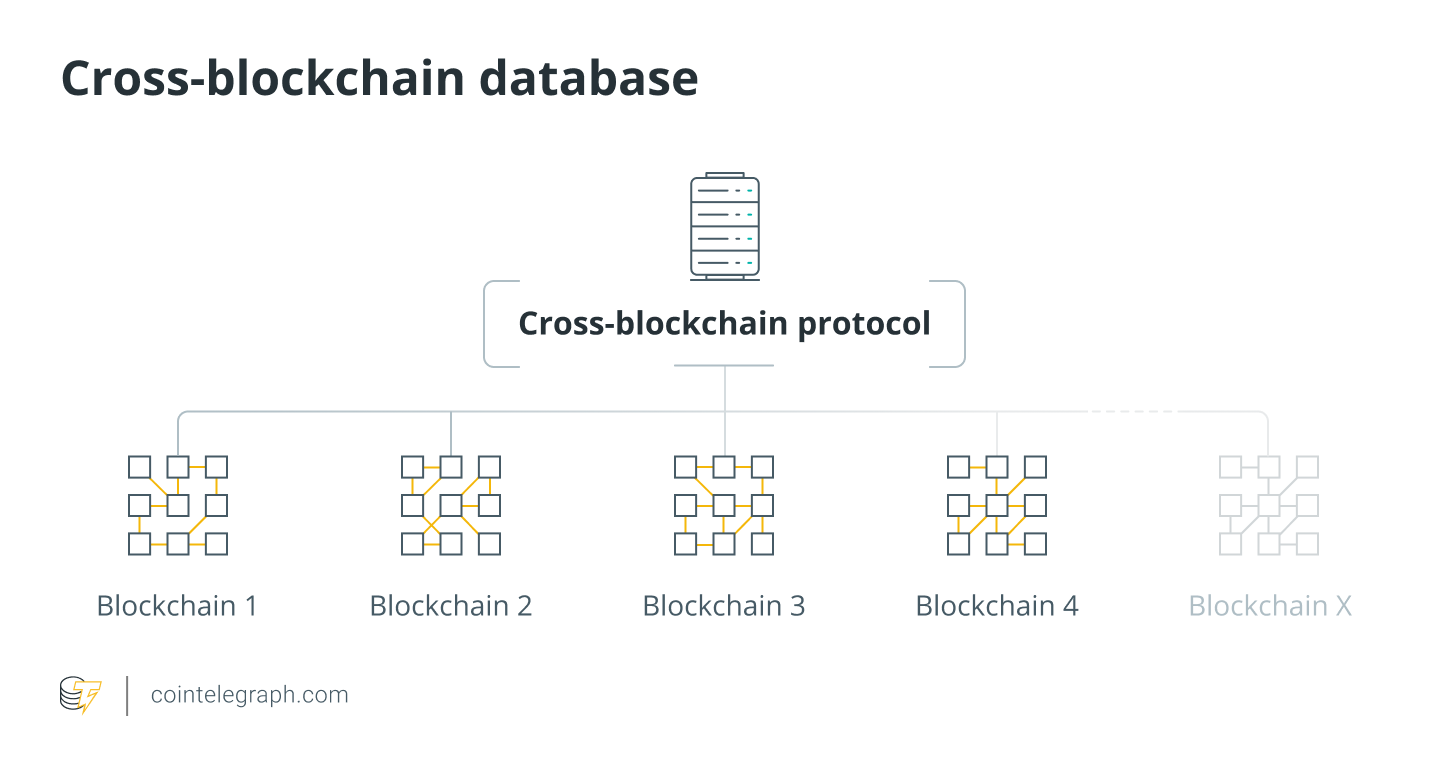 As we discussed the level of the protocol in Part 2, we have a component of governance to address legal issues and enforce lawful decisions. The subsystem works as a set of patches and filters for users’ records. Even though formally compliant with the format, the user’s record can be filtered out as the jurisdiction recognizes it illegal or void.

The public registry built on the cross-blockchain protocol aligns with three fundamental principles for decentralization:

It is clear that governments will not allow anonymous transactions with immovable properties while we live in a world full of terrorist threats, problems of money laundering and blockchains that can potentially veil such activities.

To address these, there must be verified digital identities, but without exposing personal data on-chain at the same time. And the answer to that is the combination of old and new technologies. The technology of public key infrastructure, or PKI, has existed for decades. Countries of the European Union are an example of the mass adoption of PKI through their legislative framework of eIDAS regulation. Estonia, for instance, offers the Estonian e-Residency, which is a smart card with a private key inside the chip.

In PKI, users create an asymmetric pair of private and public keys. The private key is used to encrypt transactions, creating a so-called digital signature. The public decrypts the signature and verifies the transaction if it is signed with the corresponding private key. To maintain the validity of the public key, the user will ask a certificate authority to create a publicly available certificate where it includes the user’s public key.

PKI is a centralized system that is prone to various vulnerabilities. We cannot eliminate a trusted third party to verify our identities, but we can address several types of attacks on the centralized PKI infrastructure. Blockchain technology is the perfect solution to develop a new generation of PKIs. Think about public certificates as tokens. Similar to creating tokens (certificates) of property, we can also create tokens to certify our identity. If you lose your private key, you will need to contact your certificate authority and ask to update its token of your identitiy (certificate) as invalid.

There is no need to publish any personal data on-chain, instead only a cryptographic representation, which links to the personal data without exposing it.

To reduce the risks of leaks of personal data from centralized servers, we should use self-sovereign identities. For example, a selective disclosure protocol can be applied to store personal data on a user’s device, a smartphone, and reveal transaction details in a limited manner.

Digital identity is a separate topic that requires a lot of attention, and it was elaborated in relation to the recent Twitter hack, Europe’s experience with e-signatures and blockchain’s ability to prevent data leaks.

Having all these technologies and concepts in mind, we see a larger picture. Credible public blockchains provide immutable ledgers, which, contrary to traditionally state-owned property registries, enable users to perform peer-to-peer transactions. However, blockchains do not require any public agency to maintain the infrastructure, as public ledgers are self-governed.

Title tokens are records that represent legal rights. They are validated on-chain by those whom we trust and delegate this right. Trusted third parties are needed not only because a person cannot certify their birth and death, for example, to enable inheritance procedure but for any legal issues and law enforcement that inevitably arise. Through third parties and the cross-blockchain protocol, we can create an ecosystem of blockchains where users create and certify all sorts of rights, facts and digital identities. 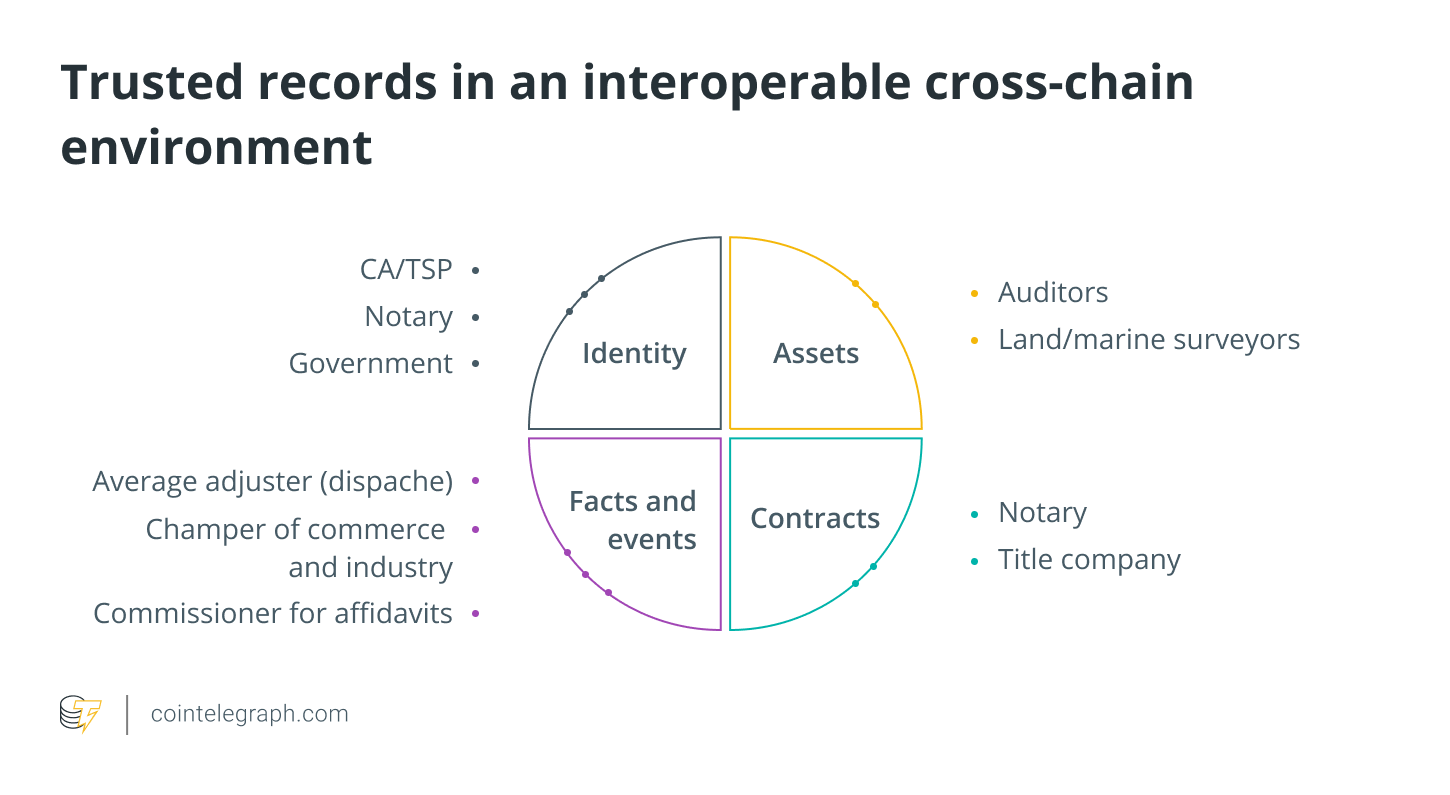 This concept is better than the current centralized systems, as it runs through the framework of smart laws and digital authorities, and they are the digital form (filters and patches) with the rooted records of addresses belonging to representatives whom people delegate the mandate of power for legal governance. Contrary to the centralized system, ledgers require everything to be recorded on-chain publicly to take effect, and they do not alter recorded transactions. So, on-chain governance is transparent and accountable.

This concept cannot be implemented overnight, but its advantage is that it can be piloted step-by-step and run parallel to the existing system of public registries. The shift will happen when the government that wants to benefit from innovations recognizes the right of citizens to choose between a traditional registry and a blockchain, and it is a fundamental right for the decentralization of governance.

This is part three of a three-part series on the theory of title token — read part one on the blockchain estate registry here, and part two on cross-blockchain protocol and smart laws here.