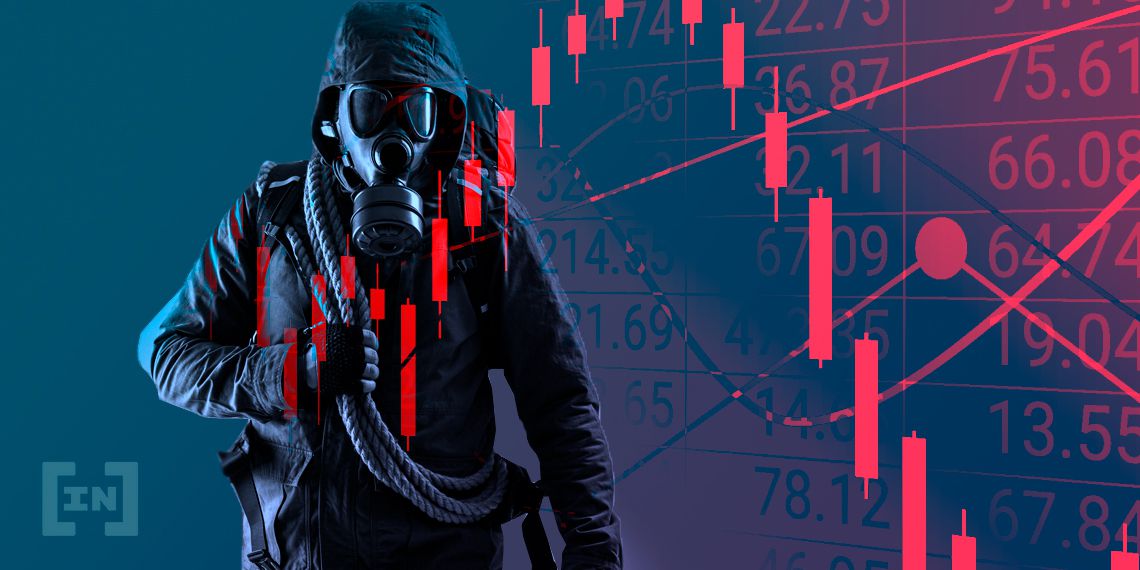 The Bitcoin price has been decreasing since June 2 and broke down from a long-term support line on June 11. The price has likely begun a corrective period, the shape of which is not yet confirmed.

The first possibility we are going to analyze is the W-X-Y correction. This type of corrective move suggests the previous impulsive move ended with a high that was reached on May 7 at $10,074. The price has been correcting ever since.

In a W-X-Y correction, wave X connects two A-B-C corrective patterns, which are labeled as waves W and Y. These waves should be different. The sub-wave count for wave W is 3-3-5 (flat) while that for wave Y is 5-3-5 (zigzag), fitting with the rule.

Also, the X wave seems to have a 3-3-3 wave count, which discounts the possibility of this being an A-B-C correction (more on this in the next section). The X wave went above the original high on May 7, but this is uncommon (although unheard of) and does not break the rules.

The difference between the A-B-C and the W-X-Y correction is the B wave. In the A-B-C version, the B wave is either a flat or a zigzag. Observe below the outline of a zigzag for wave B.

In this case, the B wave is extended, going beyond the beginning of wave A. This is known as an ”Expanded Flat” correction.

Well-known trader @mesawine1 also believes that the bullish bias for BTC is gone, and the price is heading lower. He notes:

However #bitcoin has lost it’s bullish edge with this move.

The final wave count we are going to analyze suggests that the five-wave impulse move preceding this correction ended on July 2 instead of May 7. In this case, we are still in the A wave, which is shaping up to be a zigzag (5-3-5).

However, the price has not yet even completed the A wave, so we cannot hypothesize on the shape of the longer-term correction. After this wave is finished, the larger B wave could go anywhere between the 0.38 – 0.79 Fib levels of this entire downward move.

The target range would be between $9,400 and $10,000, but this is dependent on where Wave A ends. Due to its impeccable fit with the Wyckoff distribution and the late breakdown from the rising support line, this seems to be the more likely possibility.

The short-term chart also fits with this possibility. The price is completing the final portion of the A wave, which is a zigzag correction. In such cases, the A and C waves often have the same length, which gives a target of $8,700 for the end of the C wave.

In addition, this target fits with the descending support line of the wedge. Furthermore, it looks as if the C wave is an ”ending diagonal”, which fits with the shape of this wedge.