This week in crypto: Facebook, Minecraft, Zoom and Goldman Sachs

This week in crypto: Facebook, Minecraft, Zoom and Goldman Sachs 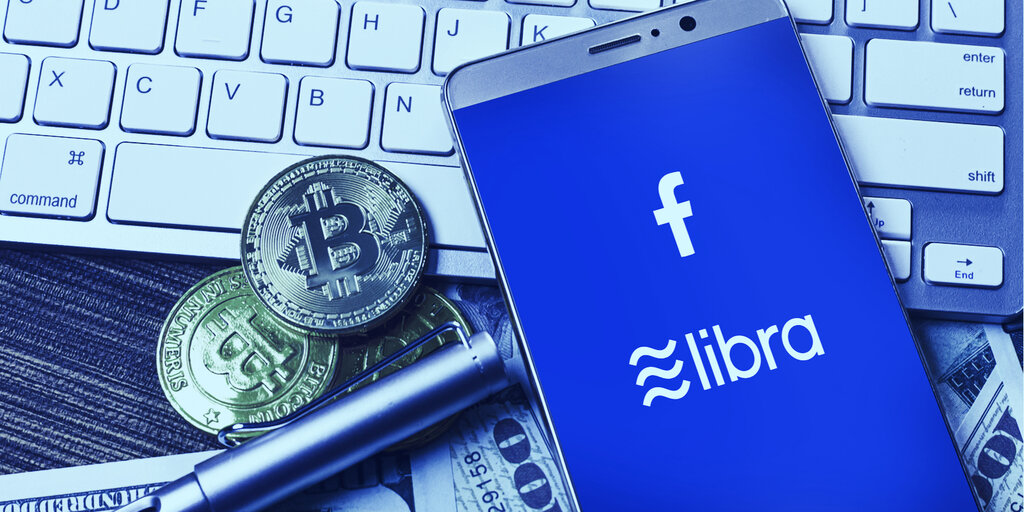 This week in crypto, Facebook’s wallet for Libra’s wallet gets a fresh lick of paint; crypto comes to Minecraft; and Brave creates its own Zoom; and Goldman Sachs stays out of crypto. All in a week’s work!

Goldman Sachs says no to Bitcoin

Goldman Sachs, the ultra-elite investment banking firm, has turned up its nose at Bitcoin. In a talk titled “US Economic Outlook & Implications of Current Policies for Inflation, Gold and Bitcoin,” Goldman Sachs didn’t mince its words.

“Cryptocurrencies including Bitcoin are not an asset class,” read a heading of a slide given during its presentation. “

It wrote that cryptocurrencies:

It concluded: “We believe that a security whose appreciation is primarily dependent on whether someone else is willing to pay a higher price for it is not a suitable investment for our clients.”

Goldman Sachs’s savaging of Bitcoin comes hot on the heels of rallying cries that institutional investors are just about to invest in the cryptocurrency industry. Despite Goldman Sachs’ influence, some investors have sung Bitcoin’s praises: legendary investor Paul Tudor Jones, for instance, holds 1-2% of his assets in Bitcoin, according to an interview with CNBC.

Tudor Jones called Bitcoin, “a great speculation,” noting that holding 1-2% of his assets in the cryptocurrency, “seems like the right number right now.” He added: “Every day that goes by that Bitcoin survives, the trust in it will go up.” Goldman Sachs may have put an end to that.

Brave Together offers an unlimited number of free private video calls, and is available on Brave Nightly, the developer’s version of its browser that’s meant for testing. You don’t need an account to use it.

It’s based on the open-source, encrypted video chat program, Jitsi, which is favored by NSA whistleblower Edward Snowden, according to a 2017 interview with Wired.

There are some caveats; unlike the popular Zoom video calling service, which handles 1,000 participants, Brave Together only supports one on one conversations.

But Zoom has faced scrutiny over its record on customer privacy, with Input revealing that the app’s attention-tracking tool allowed Zoom to monitor activity on users’ computers. Hackers have also been able to steal passwords through Zoom’s Windows client.

Zoom’s been banned by a host of organizations, from the UK’s Ministry of Defence to Elon Musk’s rocket company, SpaceX. Musk cited “significant privacy and security concerns,” according to Reuters. No word yet on whether they’re prepared to embrace Brave’s solution.

Facebook has announced that Calibra, its wallet for the sorta-kinda-stablecoin Libra, will henceforth be known as Novi.

Why? “It became clear that there was more confusion than we wanted” between the Libra and Calibra products,” tweeted Libra co-creator David Marcus. It is inspired by the Latin words for “new” (“novus”) and “way” (“via”). Its tagline is “a new way to move money.”

Facebook and the Libra Association have previously struggled to make it clear that Libra isn’t  purely a Facebook project, with the branding of the (Facebook-created) Calibra causing some confusion – something the Novi rebrand is presumably attempting to address.

The value of Libra coin is backed by a basket of fiat assets (such as the pound and the dollar), the ratio of which is controlled by the Libra Association, a group that comprises around two dozen private companies. This drew the ire of politicians and central banks around the world, who were concerned that the group was undermining the sovereignty of central banks to determine their own monetary policy.

Several members of the Libra Association, including Vodafone, PayPal, Visa, eBay, Stripe and Mastercard, dropped out of the project, while the launch of Libra has been delayed. It was originally supposed to go live in the first half of 2020 but has now been delayed to the second half of this year.

The Libra Association has also redesigned its product, with the value of the Libra Coin now backed by several Libra stablecoins, each representing a different fiat currency.

EnjinCraft is, unsurprisingly, created by software company Enjin. Should server operators running Minecraft Java Edition integrate it, players can link their Enjin Wallets and use them to import blockchain-based assets, like specialized weapons and tools. These assets can also be traded between users.

“EnjinCraft is the beginning of a new era for sandbox games,” said Enjin co-founder and CTO Witek Radomski, in a release. “Players now have a tangible stake in their gaming worlds, and server owners can create new kinds of addictive experiences by using branded collectibles and items with scarcity and value in the digital universe.”

Enjin claims that its previous Minecraft plugin, DonationCraft, which allows players to donate money to those running servers, has 5.1 million downloads to date and has resulted in millions of dollars being transferred to server operators.