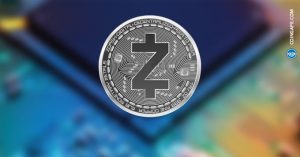 ZCash (ZEC), a privacy based coin just recorded its all-time low price against both dollar and Bitcoin, as the December hard fork approaches. Notwithstanding, the recent stringent regulations on exchanges from the Financial Authority Task Force (FATF) during the G20 summit in Japan restricting exchanges from providing trading services to privacy based coins is a fundamental cause for the downfall of ZEC.

A coin that once traded at $3,191 USD at its offering – albeit the number of tokens being limited – is currently at its lowest point, trading at merely $25.33 USD as at time of writing. ZCash, ticker symbol ZEC, has dropped over 99% since hitting its all-time high in October 2016.

The coin currently ranks 32nd on Coinmarketcap.com with a total market capitalization of $207,702,861 USD, representing a 31.7% decrease since January 1st as the coin breaks into lower support levels.

Since hitting a yearly high of $114 on Jun 30, the price has dwindled down as the Financial Action Task Force (FAFT) regulations took effect on crypto exchanges across the globe.

A number of exchanges, especially Asia-based crypto exchanges, delisted multiple privacy coins off their platforms affecting the overall liquidity of these coins causing downward pressure on their price and ZCash has been the worst hit.

Despite Zooko, the coin’s founder, saying the coin is compliant with FATF rules, Coinbase locked out U.K customers from buying and selling on the platform in September leading to an accelerated fall in the price.

This 96% drop in price since January has been gradual but painful to ZEC holders through the last 6 months and even with the community headed to a ‘peaceful hardfork’ at the start of December, all does not look well for ZEC.

Will ZCash’s price bounce back or is the coin doomed forever? Share your views with us in the comments below!

The post This Privacy Coin Just Hit its All-Time Low Losing Over 96% in 2019 appeared first on Coingape.