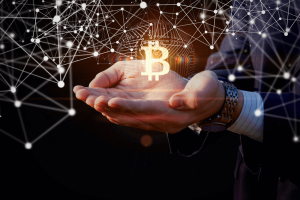 Bitcoin’s price is currently on a free fall, clearing out most of the gains from President Xi’s embracing speech on blockchain, and latest developments shows the halving may not save it. Well, according to one indicator created by Willy Woo, partner at Adaptive Fund, the current sustained downtrend in BTC’s market is set to form a ‘unique’ setup leading to the halving in 2020.

A look at the “Bitcoin Difficulty Ribbon”, an indicator that tracks the price in relation to the difficulty of the network, paints a really bearish picture on the future price of BTC following May 2020’s block reward halving. The possibility of a first bearish price run leading to the halving is on the cards, strengthened by the recent drop below support levels at $8,500, $8,200 and $8,100. According to Woo, the current selloff originates from miners pressure to sell months to the halving which presents a unique feel to the halving of BTC in 2020.

“Historically we front run with a BULLISH setup, miner capitulating only after halvening when revenues are slashed.”

As the price of Bitcoin plummets, weaker miners are chucked out of the network due to unprofitable business. This leads them to dump their BTC on to the market creating a huge selling pressure as we saw in 2018 during the bear run from all-time high prices the preceding year.

With the markets bullish 6 months prior to the halving in each of the last halving periods, November’s bearish momentum presents a unique setup for BTC leading up to the event.

Well this time around, we have gone $14k->$7.5k and that's killing off weak miners who are dumping and dying. This adds to the already bearish action, so no happy front running 6-momnths out due to sell pressure. You can't draw repeat fractals, the fundamentals are different.

While only two prior halvings have occurred in the past it would be a stretch to try to correctly predict the future trends of BTC’s price following the halving. Some analysts believe the halving has already been priced in which makes a case for the perma bulls.

Yes. I don't get why this is so hard to understand:

– Most of the world is not sufficiently educated on BTC yet to decide whether to hold. Their buying pressure is not priced in

However, according to a poll on Twitter by Jameson Loop, CTO at Casa HODL, with over 6000 votes were cast, 68% believe the having will cause yet another explosive spike in BTC’s price.

Looking at the daily charts, BTC/USD is set to test support levels below $7500 in the coming days, as bears take firm control of the market. Since a death cross formation, the SMA 50 is widening from the SMA 200 signaling a possible drop towards resistance levels at $7,412 USD.

A close below the $7,800 support level will spell doom for the pioneer cryptocurrency signaling a continuation of the bear market since July. Could the miners selling pressure push the price towards the falling channel support?

The post This indicator Signals a ‘Unique Setup’ for Bitcoin Price Prior to 2020 Halving appeared first on Coingape.