There is more to CoinFloor’s Cautious Delisting of ETH, Ethereum to Hard Fork in January 2020, AGAIN! 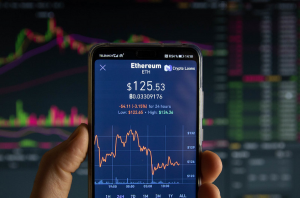 Ethereum may be attractive to developers but price action is revealing its underbelly. In the past year, upgrades like Constantinople and recently Istanbul were successfully activated but still, the crumbling crypto market has been consequential for ETH. Unrelenting bears have reversed gains made this year and relative to the USD, ETH is just up 24% year-to-date.

For perspective, ETH is the second most valuable cryptocurrency. Trading at $121 at the time of writing, the coin is down over $240 after rallying to over $365 in Q2 2019.

The failure of bulls to build momentum and add to their gains given what Vitalik and other network’s proponents were expecting in the lead up to Ethereum 2.0 scheduled for 2023, ETH should have ideally stabilized above $200 (in traders’ thoughts).

However, that has not been the case and as sellers unload the coin, there are indications that ETH could fall to 2018 lows of sub-100.

Before Istanbul, Jorge Izquierdo, the CTO of Aragon One highlighted the far-reaching consequences of the hard fork.

Talking to CoinDesk, Jorge told the crypto news outlet that the Istanbul hard fork will some DAO smart contracts from sending and receiving ETHs from each other and eventually, they (Dos) will run out of “Gas,” and stop.

Some EVM operations were repriced to be cost more in fees which affected some smart contract activity.

In early 2020, Ethereum will execute another hard fork even though Istanbul has already pushed up the cost of Gas of some operations rendering them non-viable.

With the Difficulty Adjustment set to be postponed, one critic now says Ethereum is pressuring the community “into agreeing to some hard fork (which isn’t known in advance)” and that without hard forks, Ethereum “would eventually stop.”

1/ You’ve heard that ETH went through a disruptive hard fork just over a week ago. This was a painful process that left broken contracts and nodes in its wake.

The next hard fork? It’s in TWO WEEKS. Why? Because otherwise the Ethereum blockchain would slow to a crawl. THREAD

He further claimed that Ethereum developers don’t know the mechanics of their system well enough.

“Hilariously, on last week’s hard fork, they forgot to actually push the Ice Age forward as they usually do. Yep, forgot. They thought it isn’t time yet. Literally the genius Ethereum devs didn’t even know their own system well enough to notice that blocks are getting slower.”

CoinFloor announced that it would be delisting ETH reportedly because of the uncertainty of future hard forks.

The post There is more to CoinFloor’s Cautious Delisting of ETH, Ethereum to Hard Fork in January 2020, AGAIN! appeared first on Coingape.