The Shortage of Pennies and The Future of Money 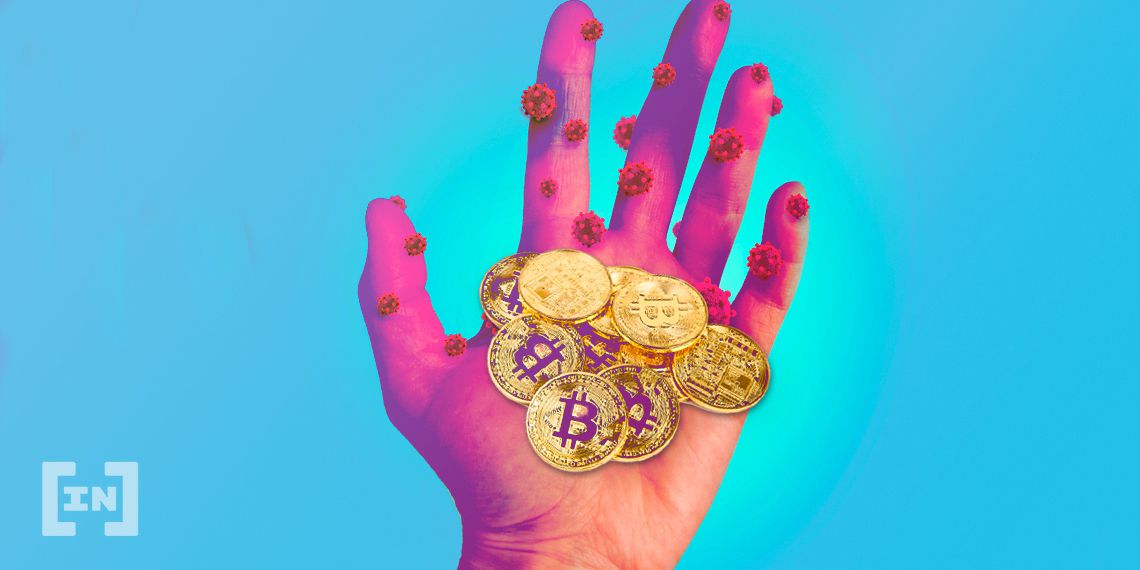 The Covid-19 global pandemic and subsequent lockdown are revealing unexpected consequences. One of them is the current shortage of small denomination coins in circulation in the United States.

Due to the extraordinary health measures to prevent the spread of the virus, many businesses are no longer accepting cash as payment. This results in fewer coin deposits with commercial banks, increasing the demand for newly minted coins.

While some businesses are struggling to adapt to this cashless scenario, others are cashing in.

The implementation of social distancing and hyper-hygienic measures appear to be accelerating the transition to a cashless society. Paper bills and coins are well-known for carrying viruses, protozoa, and other bacteria.

In fact, a widely circulated study from Oxford Academic showed that 79% of all one-dollar bills contain traces of cocaine.

As paper bills and coins pass from one hand to another, they can become a vector of transmission. And it’s almost impossible to trace where each coin has been. Naturally, this has placed cash in the spotlight as COVID-19 continues to impact our lives.

How Did the U.S. Run Out of Coins?

There are two main factors that contribute to this shortage. The first belongs to governments worldwide who are issuing guidelines for consumers and businesses to avoid cash payments where possible. Nevertheless, since it’s not yet illegal, there are still thousands of cash transactions taking place.

“the flow of coins through the economy has gotten all — it’s kind of stopped. The places where you go to give your coins and get credit at the store and get cash — you know folding money — those have not been working. Stores have been closed. So the whole system has kind of, had come to a stop. We’re well aware of this. As the economy reopens, we’re seeing coins begin to move around.”

In addition to this reduction, it’s also worth keeping in mind that the U.S. Mint has shut down its operations due to lockdown. Skeleton crews were producing far fewer coins.

That’s all changed now, as this latest update shows:

“Acting with an abundance of caution, the Mint has gradually and safely increased staffing at its circulating coin production facilities in Denver and Philadelphia and returned to full production staffing levels at both facilities on June 15. The Mint will continue to operate under mandatory Saturday overtime hours and voluntary Sunday overtime hours to help meet the demand for coinage.”

Some reports indicate that small businesses were struggling to deal with the shortage. Several customers would pay in cash but have problems getting change. In the interim, companies have come up with ways to tackle this, some more popular than others.

Indeed, some companies are even refusing to give coins back in exchange. They fear demand won’t be able to keep up with the current supply.

The Federal Reserve is experiencing a significant coin shortage that is impacting our store operations and ability to provide change. As a result, the company is implementing a new process for providing change to customers. In all staffed lanes, coin change owed to the (1/2)

Kroger is the biggest examples of this. The company stated on Twitter that they temporarily refuse to give coins out as change. They are encouraging customers to round up bills to the nearest dollar and donate the rest to charity. Alternatively, they can get their change stored on loyalty cards.

“The Federal Reserve is experiencing a significant coin shortage that is impacting our store operations and ability to provide change,” Kroger wrote on Twitter. “As a result, the company is implementing a new process for providing change to customers. In all staffed lanes, coin change owed to the customer can be applied to your loyalty card and can be used on your next in-store, Pick-Up or Delivery purchase. Alternately, we can round your transaction up to the nearest dollar and donate it to your local foodbank.”

The measure is obviously quite controversial for many customers. In effect, they have to overpay for each purchase or must convert their dollars into Kroger’s credit money, which cannot be redeemed for cash.

Other retailers are asking customers to pay with the exact change, but due to the shortage of coins, this may not be feasible in the first place. Only time will tell whether more businesses will resort to this kind of “keep the change” policy.

Either way, there’s a clear outcome taking shape for our post-pandemic world: the cashless society.

The Road to a Cashless Society Is Paved With Pennies

This isn’t the first time the United States has had a coin shortage. The previous incident happened in the mid-60s when people hoarded silver coins. This time is different, of course, as the shortage is particularly dramatic in small denomination coins.

There’s an ongoing debate worldwide whether society should get rid of small coins altogether. In fact, there’s even a citizen movement in America called “Retire The Penny” that wants to remove pennies from circulation forever.

They argue that it costs roughly twice as much to produce a penny than what its worth, using figures from the U.S. Mint.

They also argue that other countries have discontinued small coins and, in return, saved drastically on costs. For example, in March 2012, Canada removed its penny coin from circulation.

The argument here was that the coin retained only one-twentieth of its original value and had become a monetary pest in the wallets of the average Canadian. It cost 1.6 cents to mint a one-cent coin, so stopping production saved around $11 million a year.

Discontinuing small coin production is a natural process due to inflation, and is one more step towards digital money. The current shortage of coins is a major negative sign of centralized issuance and raises several questions about the future of money.

The Future of Money

Most dollars already exist in digital form, rather than on bills and coins. In fact, physical cash accounts for only about 11% of the total global supply of dollars, according to Federal Reserve data for May 2020.

The American public is quite fond of their dollar bills, and the Federal Reserve is cautious in its approach towards a purely digital exchange. But this isn’t the case around the world. China, for example, is working relentlessly towards a digital version of its yuan.

China envisions its national currency as a serious competitor to the American dollar in global trade. Other central banks, including the European and Japanese, are looking in the same direction. A central bank digital currency (CBDC) is on the cards. Elsewhere in Asia, South Korea is leading the way with a digital currency pilot, launched in April.

Consumer convenience, hygiene concerns and growing government surveillance are all advancing the push towards a cashless society. The future of money is digital, the question is whether it will be centralized or decentralized?

Cryptocurrencies like Bitcoin offer many improvements over traditional money, like increased fungibility. The current shortage of coins in America questions the ability of centralized institutions to lead us into the next age of commerce.

The post The Shortage of Pennies and The Future of Money appeared first on BeInCrypto.