The SEC killed Telegram's $1.7B crypto project. Who's next? 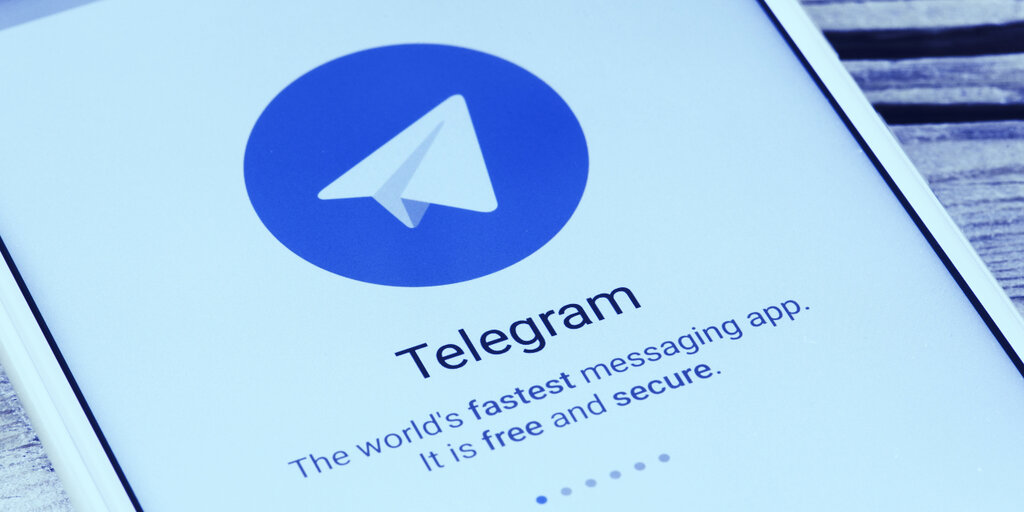 “Today is a sad day for us here at Telegram,” wrote Pavel Durov, co-founder of Telegram, yesterday in a blog post. Durov had just announced that Telegram, the encrypted messaging app with 400 million users, had abandoned its massive blockchain project after two and a half years of work.

Telegram Open Network, better known as TON, was an ambitious project that raised $1.7 billion in a private ICO, which the SEC subsequently labelled illegal, locking the project down in a protracted legal battle.

In TON, Telegram hoped to integrate a decentralized economy within the chat app; in sync with its privacy-first principles, users could move money around outside of the purview of governments.

More than that, TON would bring fresh money to Telegram, which currently relies on the fortune of its Russian founders, now in exile, made from starting social media site VKontakte. Telegram doesn’t run advertisements, nor does it sell its users’ data, so it has no way of sustaining itself.

The blockchain network would keep the lights on. Its developers had retained a chunk of the ICO money to keep everything going, as well as some of the platform’s native tokens, called Grams, which they could sell after the network launched.

But the project is no more, and Telegram must now return the $1.7 billion money to investors.

TON collapsed following a lawsuit with the SEC, which since October 2019 alleged that the $1.7 billion Telegram raised in its token offering constituted an illegal securities sale. It tried to use a complicated sales contract called a SAFT—that’s a Simple Agreement for Future Tokens—which was designed to circumvent certain requirements of securities laws while remaining compliant. But the tactic convinced neither the SEC, nor, as recent court orders have made apparent, the New York judge that presides over the case.

That Telegram admitted defeat over TON shows that SAFTs aren’t viable, according to legal experts. So what does this mean for other projects, which raised hundreds of millions through this same scheme?

The SAFT, conjured up by lawyers from US law firms Cooley and Debevoise in 2017, seemed like a stroke of genius at the time—at least to some observers. The conceit: if the SEC thinks that an ICO constitutes securities offerings, they couldn’t catch companies out for distributing tokens after the blockchain network finally launched.

If tokens were distributed to investors after the launch of the network, they would no longer be classed as securities but as utility tokens, the lawyers hoped, since holders could do genuinely useful things with them. That’s why, In Telegram’s ICO, investors just bought the rights to Grams, which Telegram would distribute when they were certain they did not constitute securities.

Structuring the ICO in this way would skirt US securities laws, meaning that Telegram didn’t have to spend money and time on registering tokens with the SEC, and that exchanges could list Grams without reserve. SAFTs were the best practise at the time, Preston Byrne, partner of US law firm Anderson Kill told Decrypt. Kik, Polkadot and DFinity—which each purportedly raised in the hundreds of millions in their ICOs—all used them for their token sales.

But the SAFT never convinced the SEC, which Bryne said argued that “the entire scheme was in essence a giant securities transaction, that the two steps should not be treated as separate transactions, and the court agreed.”

The SAFT also failed to convince the New York court. Judge Kevin Castel wrote in late March that “that the SEC has shown a substantial likelihood of success in proving that Telegram’s present plan to distribute Grams is an offering of securities.” With no hope in sight, Telegram bailed.

Byrne said Telegram’s ICO was flawed from the start. “First, it was designed as a currency and never even tried to frame itself as a useful software license; second, it raised such an absurd amount of money, $1.7 billion, as for it to be not credible that anyone would purchase its token for anything other than speculative purposes.”

The SAFT is dead

TON’s demise is of concern to others who ran ICOs using SAFTs—the SEC may be coming for them, too.

For example, it’s already targeted Kik, another chat app that ran a $100 million ICO using SAFT for its crypto project, Kin. The company is currently battling a lawsuit with the SEC, which, similarly, alleges that it ran an unregistered securities offering. Kik, just like Telegram, denies this. But the court case has crippled it, costing it over $6 million so far and forcing Kik to split from Kin and sell off its chat app.

“It’s disappointing that another good project has been eliminated by the SEC’s efforts to shut down the crypto market,” Tanner Philp, head of Corporate Development and Operations at Kik, told Decrypt. “The SEC has continued to regulate by enforcement rather than through rational rulemaking, and as we’ve seen, this threatens the crypto industry globally.”

He said that Kik’s case is different from Telegram’s. “There was a functional network and product when Kin was sold,” he said. And the case is against the ICO, not the network, on which Philp said “there are millions of consumers earning and spending Kin every month across more than 50 independent apps, none of which are owned or controlled by Kik.”

But TON’s collapse could be the future of Kik, as well as other token sales conducted through the SAFT. “That a similar argument is being deployed by the SEC against Kik likely means that the SAFT is not a viable tool for getting tokens into the hands of American investors,” said Bryne, who expects it to “recede in popularity.”

Marc Boiron, a partner at law firm FisherBroyles, told Decrypt that the temporary restraining orders against TON’s launch restrict the usefulness of SAFTs. “We could envision facts that would not result in the token together with the promises around them constituting investment contracts, but there are narrow situations where that would apply, all of which are unappealing for investors,” he said.

Blockstack, an Ethereum competitor backed by the Bitcoin blockchain, took a different route for its token sale. Unlike the SAFT, which claims that a token can stop becoming a security sometime after launch, Blockstack took measures to register with the SEC.

“I feel bad for the Telegram team,” CEO Muneeb Ali told Decrypt. “I know that they’ve been through a lot.” But for Ali, Telegram’s struggles highlights how “you have to treat regulations and compliance almost like a core functionality of the project and not just like some small thing that needs to be taken care of. It is as important as your consensus algorithms.”

Blockstack took a different route and in 2019 became the first SEC Qualified token offering, meaning that non-accredited US investors could take part in its ICO, which raised $23 million. But there were drawbacks. “It cost us a lot of money,” said Ali. “And inconvenient,” added Nic Carter, partner of Castle Island Ventures. “It was much more capital efficient for TON to raise with the informal instrument,” he told Decrypt.

And for Ali’s “abundance of caution,” Blockstack isn’t even tradable in the US. “For US investors, there is currently no authorized exchange or alternative trading system (ATS) for buying and selling Stacks tokens,” reads a company FAQ. Ali said that it’s listed in several jurisdictions where it’s clearly regarded as a utility token.

To trade in the US, Blockstack must wait for the SEC to award licenses to regulated exchanges, or to wait until the network is sufficiently decentralized that it’s definitely not a security—the same game of the SAFT. Until then, Blockstack must remain content with non-US investors.

A fairer world for all

So, how will crypto entrepreneurs get their fix of quick capital? Byrne offers one solution: scrap the ICO.

There’s another way of doing things, called a “fair launch.” Under this model, coins can only come into existence through mining; when computers run software that validates transactions on the blockchain. There would be no token offering, so the SEC couldn’t do squat.

But developers should think twice before trying to trick the SEC, said Byrne; like using a pre-mine, where a lucky few get the chance to mine tokens before everyone else. “There’s no magic pixie dust which gets developers around [securities laws],” said Byrne.

Of a “fair launch,” “The SEC has made it fairly clear that in its view Bitcoin, which follows this model, is not a security and that Bitcoin transactions are not securities transactions,” said Byrne. If the SEC changed its mind on this, “that would more or less eliminate cryptocurrency as an investable asset class in the United States.”

Source: Decrypt The SEC killed Telegram's .7B crypto project. Who's next?