The SEC killed ICOs. DeFi could be next 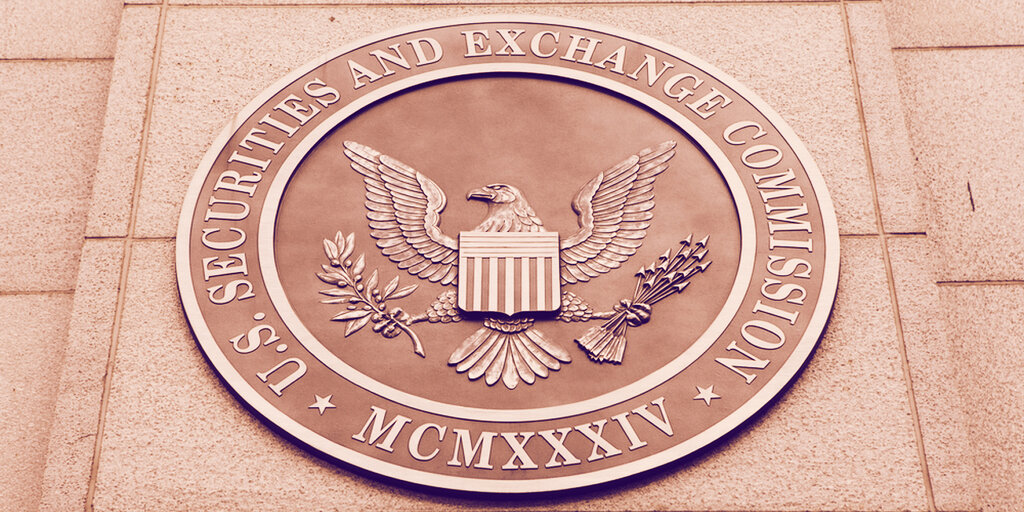 Yesterday, the SEC and the CFTC announced that they had issued fines against Abra, a California-based crypto company that let users trade tokenized versions of stocks and foreign currencies.

Legal experts say that DeFi is overdue a major crackdown from regulators, and operators of DeFi protocols are already feeling the heat.

What happened with Abra?

The SEC said that even though the tokenized version of stocks weren’t actually backed by stocks themselves—the tokens just represented stocks—they were similar enough to the real thing that they constituted securities. That meant that Abra was breaking the law by offering them to US customers without taking measures to ensure that they were “eligible contract participants,” according to the SEC.

The CFTC doubled down on the SEC’s argument, saying that it didn’t matter that Abra executed trades through its Filipino subsidiary and eventually told US customers to stay away; the California team designed it, marketed it to sites frequented by US customers, and didn’t verify whether its customers were American or not.

So the two government bodies fined Abra $150,000 each, and the company agreed to cease from offering tokenized stocks. Abra, as is custom in these types of settlements, neither admitted nor denied the charges.

Legal experts and crypto industry insiders told Decrypt that regulators may be poised to crack down on decentralized finance, or DeFi, the multi-billion dollar industry composed of companies offering non-custodial financial services, such as cheap loans, tokenized stocks, or algorithmically controlled stablecoins to anyone brave enough to invest their money in the smart contracts.

Abra’s fine is evidence that regulators are starting to take note of the quickly growing industry. (For reference, the total amount of Ethereum and Bitcoin locked in DeFi smart contracts recently doubled in less than a month, from $1 billion to $2 billion).

“As market forces push DeFi out of relative obscurity, [regulatory agencies] will take notice and take action against companies that break the law. That’s literally in their job description,” said Josh Garcia, a partner at Ketsal, a law firm that specializes in crypto regulation.

We’ve been here before: when the ICO industry raised billions of dollars, alarm bells went off at the SEC, even if it didn’t immediately take action. Over the last two and half years, it has since forced companies to return hundreds of millions of dollars to investors and put entire companies out of business.

Garcia said that regulators are now quickly getting up to speed with DeFi. “They can look at DeFi applications, understand them, and now make convincing arguments that can threaten to consume the time and energy of an entire development team,” he said.

“I expect nothing but more inquiries, investigations, and regulatory actions going forward.”

The perils of DeFi

Stani Kulechov is CEO and founder of Aave, a DeFi protocol whose product roster includes flash loans, which let people get huge amounts of cryptocurrency with no collateral and little interest, so long as the borrower can pay it back within the same transaction.

Kulechov told Decrypt he’s feeling the heat and lawyering up.

Abra, he said, took the hit because it was too centralized—it was built, run and designed by a company, with offices and salaried employees. But regulators can’t sue decentralized protocols—you can’t take a bit of code to court.

So he’s in the process of decentralizing the protocol. “In our case, we have to increase our legal resources and ensure that our protocol is sufficiently decentralized,” he said.

He’s not alone. Speak to enough DeFi professionals and you’ll eventually hit a wall that reads: “Decentralization is a spectrum.” DeFi companies tend to build up the network themselves with the aim of decentralizing the company when the network has legs.

“Most of the DeFi protocols are operating in the idea of progressive decentralization,” said Kulechov. “This means that the regulatory risk decreases as the protocol succeeds to get to the stage of full decentralization.”

But until it does, people like Kulechov are in the firing line.

Kulechov hopes that the SEC may enact a proposal put forward by Hester Peirce, the crypto-loving SEC commissioner affectionately known as Crypto Mom. Peirce in February suggested that the SEC give DeFi companies and other crypto startups a “safe harbor” of three years to decentralize their services.

But, for now, the proposal is still just that: a proposal. “The risk is still always here until there is anything concrete,” said Kulechov.

Despite the legal anxieties that regulators cause him, Kulechov welcomes their scrutiny. “[The] SEC and CFTC [are] interested in the first place to remove market operations that are clearly scams or malicious,” he said. No bad thing for a market intent on attracting institutional investors.

Not for me, thanks

For now, Nic Carter, a partner at crypto VC fund Castle Island Ventures, is staying out of DeFi.

“We don’t invest in anything potentially questionable—we have always been more risk averse from a regulatory perspective,” he told Decrypt.

“And we don’t have exposure to DeFi.” (Other VC funds, like Framework Ventures, are big investors in DeFi. Framework declined to comment for this article).

Carter said that some of the easiest targets for regulators are DeFi networks “that purport to be decentralized but are only shallowly so,” like those that involve money transmission and lending, “which are fundamentally regulated activities.”

Declining to name names, Carter said that “most of the top DeFi projects have this issue. There’s generally a coordinator / administrator/ central entity that manages the system,” he said.

What DeFi really needs, said Garcia, are “lawyers who both appreciate nuance in crypto applications and share an optimistic outlook for the industry.”