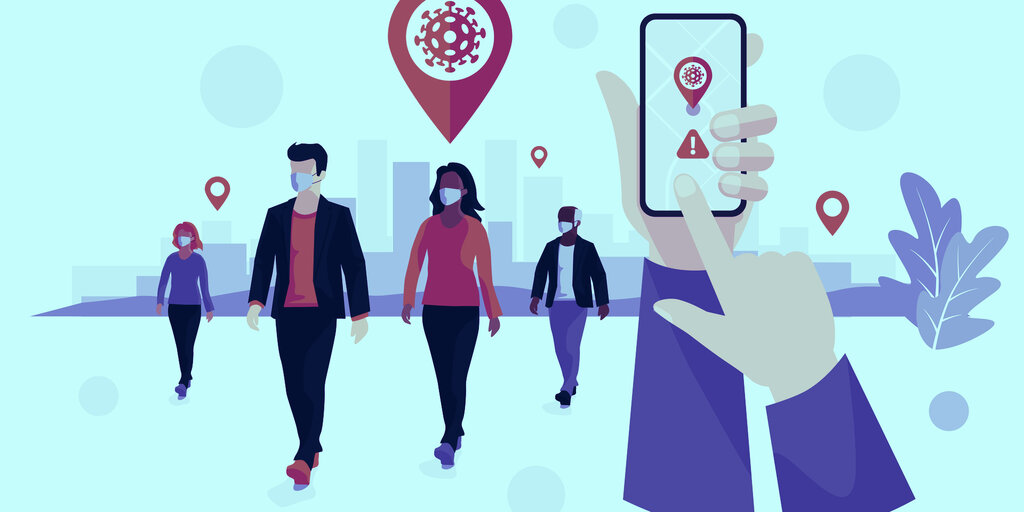 Wednesday marked a watershed moment for the Apple-Google tool. Developed to stem the virus by identifying and testing potential coronavirus carriers, the system is highly sought after, with multiple US states along with 22 counties worldwide applying to gain access to the tech.

Nevertheless, restrictions on collecting GPS location data and personal information are causing a headache for some governments. Instead of using phone numbers and GPS, Google and Apple’s solution harnesses Bluetooth to trace users who remain in proximity for five minutes. Officials maintain that the app could be made more efficient by tracking users locations, enabling authorities to identify viral hotspots.

Is decentralization the solution?

While disgruntled governments lament the perceived limitations, they hold little alternative. Contract tracing apps developed elsewhere, have produced their fair share of problems—namely a lack of adoption and a litany of security issues.

As a solution, the analysts advocate for the system to be decentralized. At present, the app’s contact matching takes place via a central server. The researchers argue that this process could be decentralized to take place on a users phone instead, minimizing the latent risks.

According to the BBC, the NCSC is aware and dealing with the concerns raised. Nevertheless, the researchers continued to urge for legal provisions to restrict both data usage, as well as the length of time the information can be stored for.

This isn’t the only privacy snafu facing developers of contact tracing apps. In France, over 140 cybersecurity experts have signed a public warning about the privacy implications of covid tracing solutions.

“All these applications involve very significant risks with regard to respect for privacy and individual freedoms,” reads the warning. “One of them is mass surveillance by private or public actors.”

Discovering an equilibrium between privacy preservation and efficiency is vital. For now, it seems, the Apple-Google tool is managing to strike this balance—whether the world’s governments like it or not.