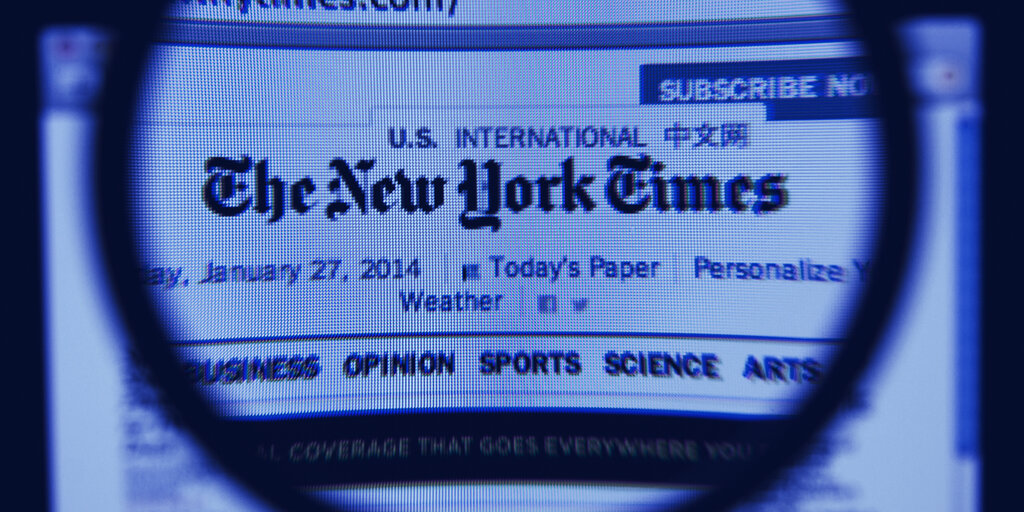 In an era where convincing deepfake photos and false information are liberally shared by world leaders, it can be difficult to know who or what to trust online.

So, the New York Times is looking into whether blockchain could help restore trust in online media. Its News Provenance Project, created in partnership with IBM, wants to help readers better understand and trust news photos based on contextual information saved to that holy grail of immutability: the blockchain.

To explore whether any of this is viable, it has created a prototype of a faux social network. With prototype in hand, the team tracked the status of a photo throughout its lifespan, from when it was taken and posted to how it had been edited, as well as any captions that had been written alongside the photo.

Thanks to the immutable nature of blockchain, any changes were logged and available for examination. Smart contracts also ensured that only certain people could access the photo’s metadata.

Project manager Pooja Reddy debriefed the internet in a blog post on Friday. She concluded that the additional information did help readers better understand the origin of a news photo via the provided context, but that there are significant obstacles ahead to bringing something like this to life at a larger scale.

One challenge is the requirement of having member publications review and validate content posted by other media outlets, which could prove to be a complex undertaking. Another is the challenge of matching online photos to the originals on the blockchain, which could be aided by technologies such as computer vision or perceptual hashing.

Lastly, cost is an issue, as the prototype project required significant financial and technical overhead—and smaller news organizations may not be able to overcome such hurdles. Ultimately, a system like this can only succeed with participation at scale, and Reddy wrote that her team is working to build more interest and support for this and other related projects.

“This prototype was an experiment that taught us a lot about the power of credible, contextual information in social media feeds, but there is a long way to go before something like this can be fully realized,” she concluded. “Nevertheless, there is a large opportunity for using blockchain to help fight against misinformation in news photos.”

Using blockchain for media didn’t work for the recently-shuttered Civil, a blockchain-driven platform that aimed to support trusted newsrooms. Decrypt will be keeping tabs on the New York Times’s endeavors.