The IRS Will Be Examining Crypto Exchanges More Closely Soon

The United States Internal Revenue Service (IRS) looks to be accelerating its examination of cryptocurrency exchanges.

The agency has been working with multiple startups to monitor transactions, including contracts to trace Monero transactions.

The IRS is likely to accelerate its examination of crypto entities to account for unreported income. The Treasury Inspector General for Tax Administration (TIGTA) published an audit in late September. It states that the IRS is having difficulty identifying third party information about user exchange activity.

TIGTA found that some exchanges qualified as Third-Party Settlement Organizations (TPSOs), requiring them to file a form if certain conditions are met. The agency goes on to advise the IRS to issue guidance and work on obtaining third party information. The IRS has agreed with the idea.

Some blockchain and crypto companies are actively working on tax solutions — some focused on helping traders report their earnings while others help authorities accurately obtain transaction records. 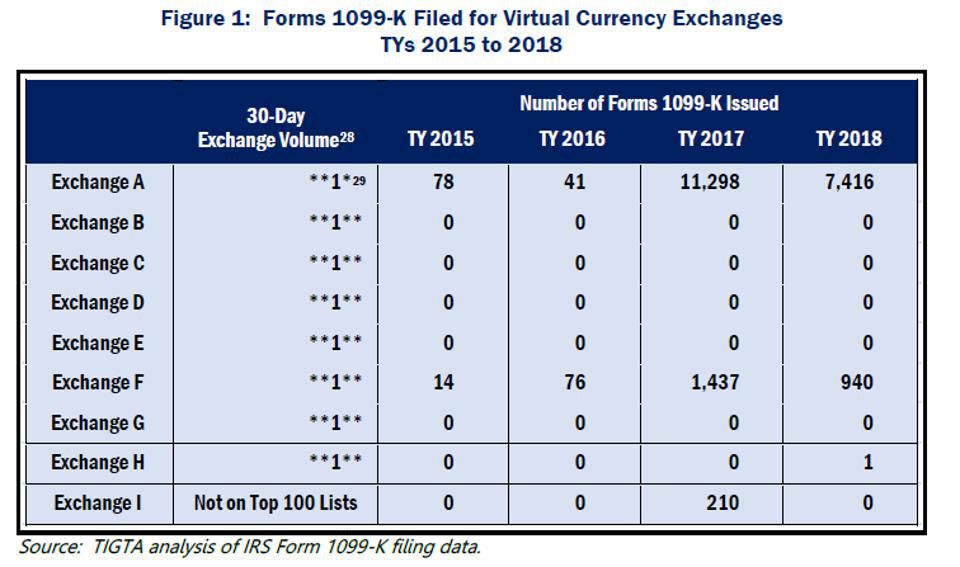 Several companies already exist, built to ensure businesses comply with regulations. The agency has offered a $625,000 contract each to Chainalysis and Integra, in the hope that their proposed solutions can help trace Monero (XMR) transactions.

XMRs protocol hides sender and recipient identities, as well as transaction amounts. Authorities are worried that the network will be leveraged by criminals, and are thus seeking to crack the privacy features.

Regulators Stepping Up, Starting With Bitmex

Other regulatory bodies are also stepping up their scrutiny of crypto entities and processes. The Department of Justice’s indictment against BitMEX, who was previously sued by the Securities and Exchange Commission, is arguably the most prominent case.

BitMEX executives, including CEO Arthur Hayes, are also involved, raising the stakes even further. But others too face regulatory examination, including Ripple, whose Executive Chairman Chris Larsen said that if the US regulatory environment did not change, the company would be forced to relocate.

Ripple itself faces a lawsuit from early investors, who claim that the XRP token is a security. Ripple steadfastly says that it is not.

The post The IRS Will Be Examining Crypto Exchanges More Closely Soon appeared first on BeInCrypto.