The incredible story of Ethereum, “The Infinite Machine” 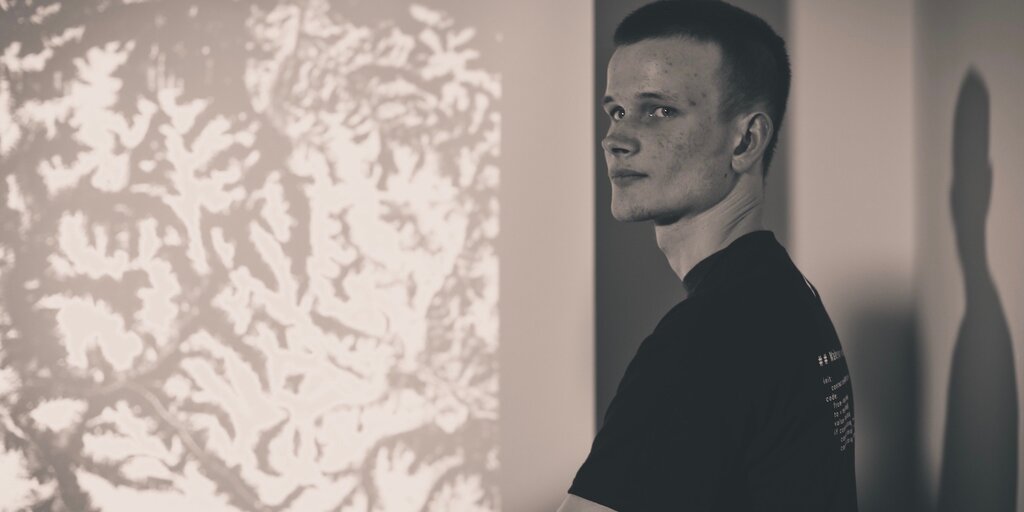 Five years after Etherum’s launch, the blockchain platform is making history—literally. The first published history of Ethereum, The Infinite Machine, hits the shelves of bookstores today.

Written by former Bloomberg journalist Camila Russo, it tells the story of how 19-year-old coding genius Vitalik Buterin led a “ragtag group of feuding hackers with no business plan and no live product” to pioneer a whole new way of raising money, on a platform that’s grown to a value of $27 billion.

Ethereum came within a hair’s breadth of becoming “crypto Google,” Russo writes. Instead, the open-source platform has grown and evolved—through feuds, hair-raising hacks, and hard forks—into the foundations of a new financial revolution.

The peer-to-peer of everything

“Researching Ethereum, I saw this incredible world popping up and nobody was really paying much attention to it,” Russo told Decrypt.

The book’s subtitle, “How an Army of Crypto-hackers Is Building the Next Internet with Ethereum,” hints at the scope of Ethereum’s ambitions. Russo’s history explores how Ethereum has evolved the Bitcoin concept of peer-to-peer money, to be the peer-to-peer of everything; the base layer for developers to build whatever application they could imagine, including issuing their own cryptocurrency.

The book digs into the tumultuous events leading up to Ethereum’s launch, the 2017 ICO boom and bust, the subsequent crypto winter and the beginnings of a new renaissance, with the birth of the decentralized finance (DeFi) boom.

Inevitably, “The Infinite Machine” will draw comparisons with “Digital Gold,” the acclaimed story of Bitcoin’s birth by New York Times journalist Nathaniel Popper. Russo has straddled the tightrope of meticulous technical fact—backed up by thorough research and over a hundred interviews—interlaced with salacious detail worthy of a Hollywood biopic.

“I spent the most time researching the early days of Ethereum because that’s where you really don’t have much documentation,” Russo explained.

She traveled to Ethereum conferences and hackathons, speaking to the “shaggy, unkempt young developers,” building on the platform. “I felt like Alice following the White Rabbit into a world of impossible dreams: banking without banks, breeding digital cats, self-organizing companies with no CEOs, and talk of flying to the moon,” she writes in “The Infinite Machine.”

The spaceship in the woods

To research the book, Russo made a pilgrimage to Zug in Switzerland, to “the spaceship,” a large, “odd-looking, modern house,” with an elevator, in the middle of the woods just outside the town.

This was where the Ethereum developers holed up for almost a year, and where the platform was hatched, under the welcoming eye of the Swiss authorities. Ethereum was the project that transformed this quiet canton into “crypto valley,” but, in 2014, “it was like a very futuristic project in this tiny European town,” Russo told Decrypt.

She describes the painful birth of the platform, the months of legal negotiations with the Swiss authorities, and the US lawyers who gave the cofounders the confidence to move forward with their ICO in the US.

But, she said, “the most important moment in shaping Ethereum going forward in the early days was deciding that it would be a nonprofit foundation.”

Some of Ethereum’s founders, most notably then-CEO Charles Hoskinson, wanted to build a company on the open-source protocol, a “crypto Google,” as some interviewees described it to Russo. Others, particularly Buterin and his early collaborator Mihai Alisie, were more inclined towards a non-profit. It was about “incentivizing and supporting community-building different projects on top of this protocol,” Russo explained.

A fateful meeting in Zug, in 2014, sealed the platform’s fate, and Russo stitches together the multiple accounts to paint a tense, emotionally charged situation that led to the departures of Hoskinson and Chetrit. The exact circumstances have been the subject of much conjecture, but Russo says that nearly all the founders told her the same story.

The actual launch of Ethereum is not the climax of Russo’s book; not surprisingly, since its subsequent history is packed with incidents. The DAO hack, which threatened to wipe out funds worth around $50 million, the highly controversial hard fork that followed, and the ICO boom and bust, all saw Ethereum forced to evolve and change, perhaps more quickly than some of its participants would have liked.

Buterin was candid in his answers to some difficult questions, said Russo—including the circumstances surrounding Ethereum’s token presale in 2014, which attracted speculation that much of the funds were paid out to one person, or a small group acting in concert.

At the root of the young founder’s success, Russo believes, are his youth and the simple fact that Ethereum was such a brilliant idea. They helped him to quickly rally enthusiasm beyond the small group of recipients of the Ethereum white paper, and then to steer a group of rebel hackers—some with outsize egos—to raise millions of dollars from thousands of people from all over the world.

“[Vitalik] actually has very transparent intentions, which are always for Ethereum.”

“He actually has very transparent intentions, which are always for Ethereum,” Russo said. “He doesn’t have a separate agenda. People kind of realize that, and I respect him for that, because he proved himself quite hard-nosed on several occasions.” Buterin was an unlikely leader and didn’t really like the position, she adds; but time has proven him to be a good one.

Russo provides a nuanced analysis of the factors that likely caused the ICO bubble—which saw thousands of startups follow the Ethereum model and raise millions of dollars on little more than a wing and prayer, from investors who needed only an email account.

She also delves into more recent events in crypto history, such the role of the stablecoin Tether in pumping the market, and how MakerDAO’s crypto DAI began to blaze a trail in DeFi applications—a sector she now tracks eloquently and doggedly in her newsletter The Defiant (republished on Decrypt).

“It’s been amazing to see the amount of growth and innovation in this space,” she said, adding that Ethereum’s in a “renaissance” following the 2018 bear market and people’s widespread disillusionment with ICOs.

Thanks to the “rebirth of real value from DeFi applications,” Russo explained, “they’re starting to prove that Ethereum is actually capable of what it set out to do—to be this flexible platform for developers to build decentralized, unstoppable, applications.”

The book touches briefly on Ethereum’s next challenge: the trek to proof-of-stake, which will increase the platform’s scalability and security, and allow it to sustainably address the challenges the next wave of development brings.

Is DeFi in danger if controversial Ethereum upgrade passes?

“The Infinite Machine” is a skilfully woven story that, at times, reads like a thriller; the tale of an unlikely enterprise that ushered in a whole new way of raising money, and the birth of a burgeoning Web 3 movement that’s driving the next generation of Internet platforms.

It’s required reading for anyone who wants to build or invest in some of the most cutting-edge technology out there—or simply to understand the enormity of Ethereum’s achievement.