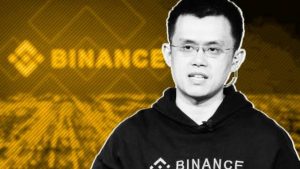 In a show of solidarity, Changpeng Zhao, the CEO of the world’s largest exchange by trading volume, Binance, has said any funds that were stolen from Upbit and passed through the exchange will be frozen. Earlier today, the South Korean exchange lost $50 million worth of ETH. Responding to the unexpected loss, Upbit has closed deposits and withdrawals for two weeks. The exchange is yet to confirm whether it suffered a hack. However, it has confirmed that ETH was illegally moved to an unknown wallet and will use their own funds to compensate victims.

Changpeng Zhao has had experiences on what community support means and how the exchange benefits at the wake of such disastrous hacks.

In May 2019, Binance suffered a $40 million breach when 40,000 BTCs were stolen forcing the crypto thought leader to reconsider a chain rollback, a suggestion that was quickly rebuffed. Now, his support is welcomed as it is a show of collaboration and brotherhood, and a move that will fosters unity in crypto circles.

“We will work with Upbit and other industry players to ensure any hacked funds that may make their way to Binance are immediately frozen.”

Questions are popping up as far as the timeliness of the “hack” is concerned. An analysis of the stolen ETH movements suggests a deviation from previous patterns. According to an observation from MyCrypto, scarier details about the transactions are showing.

That ultra-fast response time is why I didn't think it was a hack. The BTT/TRX addy IS Upbit's. I assumed those TXs meant the TX 47 minutes earlier was same party/motivation (moving to cold).

Is This an Inside Job?

Speculation is the alleged “hack” that could, in fact, be a “fat finger” or an inside job since the bulk transfer was the first and only. Further evidence from Etherscan indicates that there is no evidence to reveal whether Upbit has the private keys and complete control of the wallet.

After careful review, the throwing 50M into an untested address is still scarier.

It also appears that Upbit/Bittrex are just reconciling some stuff and moving hot->cold and whatnot. The manual vs automated patterns line up with past behavior. https://t.co/GJzEflpuXH

The illegal transfer is at a time when Upbit and Bittrex are reconciling transactions, moving other coins from their hot to cold wallets. Upbit is refraining from admitting weakness.

Or a mistake to a wallet they don't have access to anymore. Or it was done knowingly inside to pay for something which they will pay back over time. Anyways, red flags regardless if there is no pinned flags as proof of them fixing this situation.

If they do, then it will be the second exchange in South Korea, after Bithumb, to suffer a hack resulting in the loss of millions of investors’ funds in 2019.