The Future Is Stablecoins, Say Panelists for Chamber of Digital Commerce 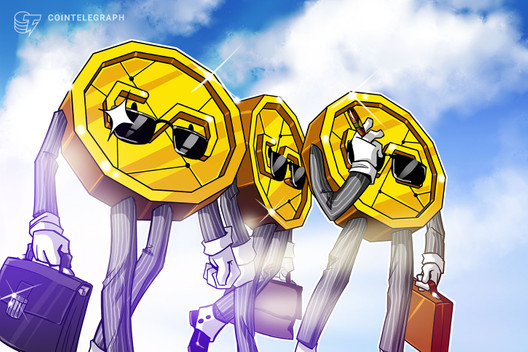 In a June 24 webinar put on by the Chamber of Digital Commerce, major figures from the crypto community spoke about the growing role of stablecoins.

One of the guests was Jeremy Allaire, the founder of Circle, which is behind USD-backed stablecoin USDC. On the subject of stablecoins simplifying payments all over the world, Allaire compared the prospective upgrades to many relatively recent developments that we take for granted:

Walter Hessert of Paxos, whose gold-backed stablecoin is heavily involved in cross-border settlements, noted that stablecoins will change the game for trading securities: “Long-term will stablecoins play a role in tokenizing and settling securities? Absolutely.”

The Digital Dollar Foundation is a think tank working to advance an official United States central bank digital currency. One of the foundation’s founders, Daniel Gorfine, noted during today’s webinar that there was no reason not to move forward with such a CBDC:

“Even if you’re a skeptic, why wouldn’t you plan for the possibility that this could happen? And knowing that you can’t just flip a switch on this in five years, why not start now?”

Shifting idea of a dollar

Today’s webinar comes on the heels of accelerated conversations about digitizing national currency, globally and especially in the U.S.

An official CBDC would be far from the first USD-backed stablecoin, however. Allaire noted that the idea is obviously attractive because “the use cases are as broad, ultimately, as the use cases for money. So what could you do with a dollar, that is digital.”

Hessert also noted that fiat dollars are a prime area to speed up global transactions, given their massive international usage, noting that: “Today, dollars are really critical to allowing this to happen. They are on one side of about 80% of transactions around the world.”