The Federal Reserve is expanding its balance sheet at a record pace—far greater than anything seen during the 2008 Great Recession.

The Federal Reserve is buying up assets and its balance sheet is growing rapidly, especially in the last two months. Currently, the Fed is purchasing some $41 billion in assets daily, and central banks around the world are following its lead.

According to one analyst, the economic fallout of this is clear: inflation is coming. 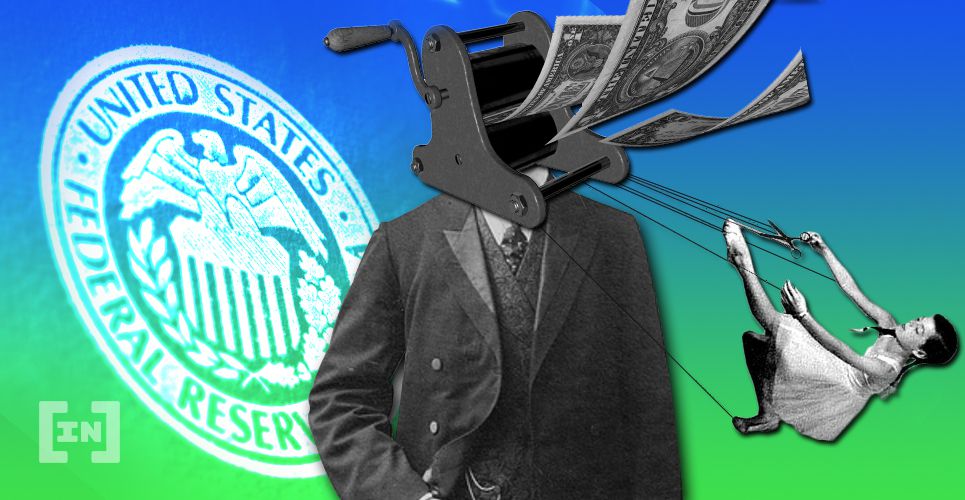 The current spike in the Fed’s balance sheet has not slowed down since March. In fact, it has only sped up—and the consequences could be inflation unlike what we’ve seen before. This is what analyst Mati Greenspan (@MatiGreenspan), founder of Quantum Economics, told his followers recently.

The situation is so unprecedented that the current balance sheet is growing at a rate many times faster than what we saw during the 2008 Great Recession.

As shown below, the grey zone was the most-recent recession. Since then, the Fed’s balance sheet has seen a steady uptick. That’s worrying by itself, yet it has really spiked in the past two months. 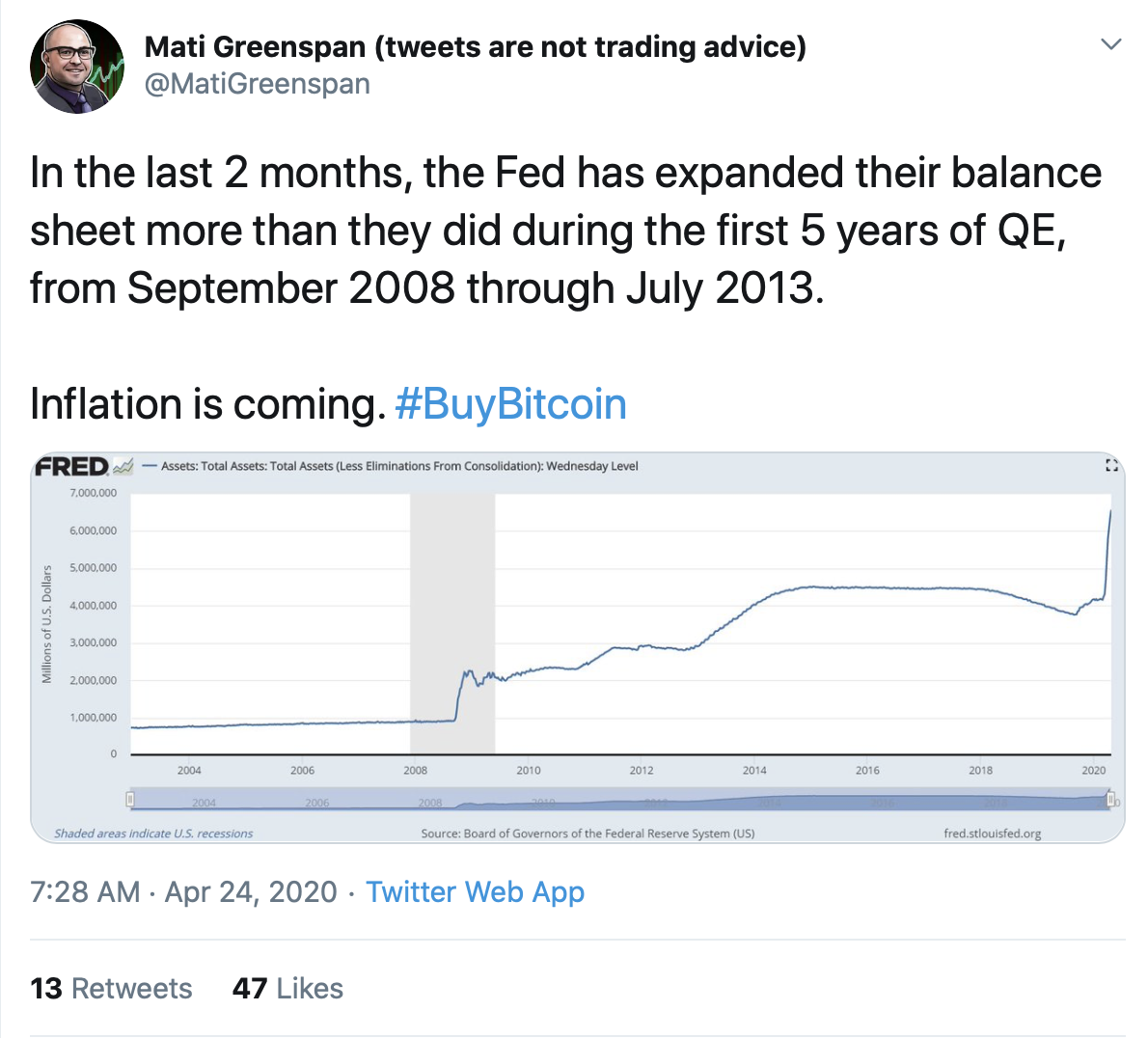 If you’re a believer in cryptocurrencies, what’s wrong with this picture is probably already obvious. In late March, BeInCrypto reported that the Federal Reserve was printing some $60 million every minute. Since then, this number has grown further amid the Fed’s buying spree and its many ‘stimulus’ efforts.

However, despite these concerns, inflation has not yet come. The dollar is, in fact, stronger than ever. The real crisis, for now, appears to be deflationary.

As BeInCrypto recently reported, the fear is that in the short-term we will see a deepening deflationary spiral. Due to a decline in global prices caused by low demand, businesses are struggling to remain profitable. We recently saw the consequences of this: a global collapse in the price of oil.

For now, most economists are not worried about inflation. However, according to some, they should be. Inflationary periods can often come after deflation, and it all depends on how the Fed responds to this present crisis.

BeInCrypto reached out to Mati Greenspan for his thoughts on the matter. He said that in the short-term, there will be deepening deflation. Once things start going ‘back to normal,’ however, the Fed’s actions will likely be a catalyst for serious inflationary problems.

“During the lockdown, we’re in a period of low demand for goods. But once we start moving around and buying stuff again, the money created doesn’t disappear.”

So will the Fed’s buying spree and money-printing lead to inflation? In the short-term, deflationary fears will likely continue to dominate. However, what comes next may shake up how we all see fiat currencies.