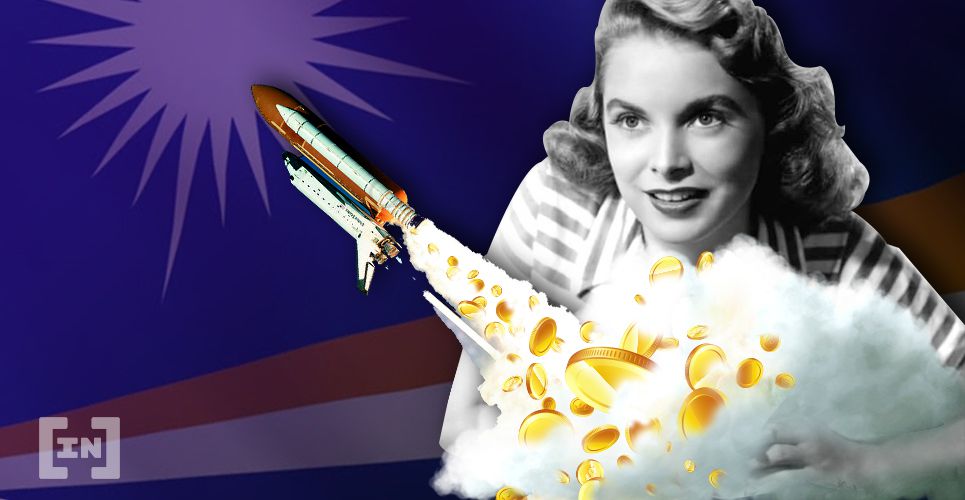 Located just north of South America, the Eastern Caribbean corridor is one of the world’s fastest-growing cryptocurrency hotspots.

Several high profile companies such as Tether have shifted their headquarters to this region. Local central banks and regulators are now keen on embracing the technology and even formulating a national cryptocurrency.

For years, blockchain industries have been searching for a stable political and regulatory environment. For some time, exchanges flocked to the Mediterranean islands, more specifically Malta. However, regulators have failed to draw up a cryptocurrency framework that is mutually amicable to businesses in the region.

The tiny island nation’s reputation as a safe haven did not last very long. Crypto companies have since returned to the drawing board, though, some have found success in the Caribbean. This is likely due to the Caribbean’s proximity to North America and the close relationship that some islands share with the United States.

After witnessing multi-year interest from significant crypto players, a group of Caribbean island nations is now gearing up to launch their own Central Bank Digital Currency (CBDC).

Why Crypto Companies are Flocking to the Caribbean

Of the eleven countries in the East Caribbean region, the British Virgin Islands has received the most fame in the cryptocurrency industry. Unlike neighboring Puerto Rico, the Virgin Islands are not governed or even associated with the United States.

Instead, it operates as a British Overseas Territory, which allows it to enjoy a parliamentary democracy system and elections. As a result, crypto firms have been able to find a great deal of success and regulatory freedom in the region.

Digital currency exchange Bitfinex, for instance, is registered there even though its headquarters sit in Hong Kong. Last year, another exchange, BTSE, also announced that it would move to the former British colony. BTSE grew frustrated with Dubai’s increasingly unfriendly regulatory environment.

The Implications of a CBDC for the Caribbean

The Caribbean is now home to the second-largest cryptocurrency market in the world by dollar volume. Regional Authorities realize that the technology has incredible potential for disruption.

The Organisation of Eastern Caribbean States (OECS), an intergovernmental organization of eleven nations, has announced plans for a digital token that closely resembles traditional cryptocurrencies such as Bitcoin.

Last year, in March 2019, the Eastern Caribbean Central Bank (ECCB) signed a deal with Barbados-based fintech startup Bitt Inc to conduct a CBDC pilot. Notably, eight members in the OECS fall under the jurisdiction of the ECCB. They all share a common currency – the Eastern Caribbean dollar.

In other words, if the central bank issues a CBDC, the following countries would adopt it: Antigua and Barbuda, Anguilla, Dominica, Grenada, Montserrat, Saint Kitts and Nevis, Saint Lucia, and Saint Vincent and the Grenadines.

It’s worth noting that other states in the Caribbean, most notably the Virgin Islands, use either U.S. dollars (USD) or the Euro as their primary currency. They’d have to come up with their own CBDC implementation. Not to be undone, the British Virgin Islands last year disclosed that it was working on its own digital currency solution.

In previous installments of this CBDC series, we learned that the vast majority of countries interested in digital currencies are doing everything they can to introduce centralization. This is perhaps most evident in France and the EU, which use extensive intermediaries and regulatory oversight.

If true, the approach would allow the token’s users to transfer funds securely, all without relying on an intermediary bank or financial institution.

In its press release, the central bank confirmed that it would mint and distribute the digital version of the EC dollar (abbreviated DXCD) to licensed financial institutions. Users can then trade these tokens amongst themselves or spend them at merchants at zero cost.

One benefit of this includes zero fees on cross-border transactions between two Caribbean states.

Not an Academic Exercise

The Governor of the ECCB, Timothy N. J. Antoine, emphasized that the pilot is not an ‘academic exercise.’ In fact, the ECCB aims to be the world’s first central bank to issue its own ‘legal tender’ digital currency on a blockchain. The project is reportedly part of the central bank’s long-standing strategic plan to improve financial stability, reduce cash usage, and boost development in the region.

The ECCB also said that it would launch the CBDC as an eventual, phased public rollout, starting with a 12-month development and testing period. Pilot countries should expect the first phase to roll out over six months. However, the central bank stopped short of providing a more concrete timeline for the launch.

British Virgin Islands: The Birth of the BVI~LIFE Digital Currency

As mentioned earlier, the British Virgin Islands (BVI) falls outside the jurisdiction of the ECCB. Consequently, regulators in this offshore financial hub have drawn up their own independent CBDC plans. Some have notable variations when compared to that of its Caribbean neighbors.

For starters, the BVI commissioned a different fintech startup to research and develop its digital currency. In 2019, the government announced that it would be partnering with UK-based company, LIFElabs, to create the BVI~LIFE token.

At the time, both entities confidently stated that the token would be based on blockchain technology. It would also offer instant access to financial services for all BVI citizens. Once fully implemented, users would be able to access the currency via either an app or a physical debit card.

The head of the BVI government, Premier Andrew Fahie, explains:

“LIFElabs, has demonstrated with their proven track record that their ideology is not just mere words, and we look forward to continuing our partnership with them on the rollout of BVI~LIFE, our digital currency.”

The Trouble with Digital

Authorities claimed they would issue the BVI~LIFE token to both locals and tourists. Meanwhile, LIFElabs claimed that the token would improve accessibility while also reducing transactional costs. The final defining feature of the token would be its ability to deploy funds during disaster response programs quickly.

Natural calamities have left large swathes of the region financially paralyzed in the past. The government has learned the inefficiencies of cash in situations where many citizens cannot approach their local banks. Theoretically, the token would also be available offline in the event of a telecommunications blackout, a necessity in the aftermath of disasters such as Hurricane Irma.

BVI~LIFE Token: Dead in the Water?

Unlike its Caribbean counterparts, the BVI did not announce a timeline for the issuance of its digital currency. A few months went by without a word from either the government or LIFElabs. In May 2020, news broke that the fintech company was planning to close due to the COVID-19 pandemic.

A few days later, the company announced that external forces had brought the project to a halt. The firm had run out of financial runway and had to shutter. However, the announcement was soon retracted and replaced with another that read:

“We are suspending any action concerning liquidation at this present time.”

LIFElabs also claimed it was communicating with its investors to find a way to recapitalize the company. Simultaneously, the BVI government also began distancing itself from the company. Government representative Claude Skelton-Cline reportedly told local media that BVI authorities had decided not to enter into an official partnership with LIFElabs in 2019.

The Premier’s Office later issued a statement clarifying that LIFElabs was merely pitching alongside other private companies for the CBDC tender. It also claimed that it had finalized no official deal.

LIFElabs’ reportedly also left many of its investors in the dark. Many angrily climbed on Twitter for an explanation. As of July 2020, however, LIFElabs’ official website and Twitter account have both been taken offline. According to data from CoinMarketCap, the company’s token LIFE is still available on one exchange, trading for a paltry $0.000002.

Unfortunately for the BVI government and LIFElabs’ investors, all signs indicate that the company has defaulted. It remains to be seen whether the Eastern Caribbean digital currency will share a similar fate or go on to become the world’s first successful CBDC implementation.

Now that the BVI’s crypto is stuck in limbo, the government may have to shelve its CBDC plans altogether.