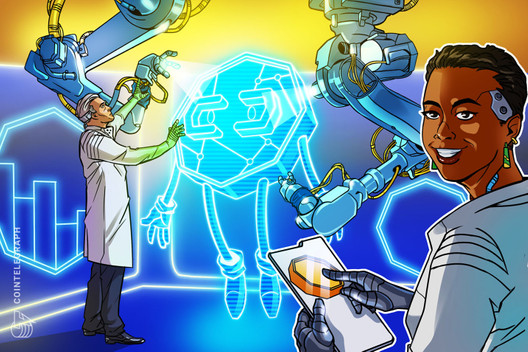 Professional service giants like the Big Four are innovating in the blockchain and crypto space. Is it enough to make an impact?

Blockchain technology, along with the adoption of cryptocurrencies, is gaining momentum. The enterprise blockchain market is expected to reach $21 billion over the next five years. Just eleven years on, and both sectors have matured greatly, resulting in well-established organizations taking the technology more seriously as they tackle challenges that come with implementing blockchain and the use of digital assets.

Unsurprisingly, professional services giants are among those taking a larger role in tackling new market challenges. The Big Four firms and Fortune 500 companies are working with a number of blockchain and crypto companies on ways to combat regulatory uncertainty, interoperability challenges, consensus models and development of the technology. Henri Arslanian, PwC’s global crypto leader, told Cointelegraph that the Big Four firms specifically have a very important role to play in the advancement of the cryptocurrency ecosystem, saying:

“Although Bitcoin was designed with a trustless ideology, the reality is that the industry still requires trusted entities to catalyze the development of the ecosystem.”

Arslanian noted that when he first joined PwC three years ago, not many people took crypto seriously. However, he saw fast growth, which drove the company’s Hong Kong firm to start accepting Bitcoin payments from clients two years ago. Since then, PwC has formed “crypto teams” in 20 countries, consisting of 200 people in total that work on crypto-related projects. “Just within the cryptocurrency sector, we’ve conducted over 350 engagements in the last 18 months,” Arslanian said. PwC’s crypto teams are not only focused on tax and accounting challenges, but audit and assurance services are also in demand. Arslanian explained:

“Over the last couple of months, we’ve expanded our work. We recently closed the first ever crypto fundraising deal at PwC, in which we led a $14 million series A round for a Swiss-based crypto firm with Asian family offices. We are also the auditor for BC Group, a publicly listed crypto company in Hong Kong.”

Why are audits important?

The Big Four firms play a critical role when it comes to performing audits for crypto and blockchain companies. BC Group CEO, Hugh Madden, told Cointelegraph that PwC has served as the company’s official auditor for two years now. The public fintech and digital asset company is the parent company of the OSL digital asset platform. According to Madden, BC’s vision is to make use of digital assets in Asia’s capital markets. In turn, the company must set standards for performance, security and compliance. Madden elaborated on the importance of audits, saying:

“Auditing, like regulatory clarity, provides confidence to all stakeholders that companies are operating transparently and adhering to expected industry standards. As the business of digital assets continues to grow and mature, and compliance and regulatory standards become more robust, auditors will continue to play a pivotal role.”

Madden further noted that it’s complex for a digital asset firm to undergo an audit, mentioning that it specifically involves valuation methodology and proof of control, covering both cash and digital assets. It also includes independent verification of financial records against public blockchain data.

Last year, Big Four firm KPMG as well as Forbes Insights conducted a survey to determine how important auditing and blockchain expertise is for finance executives. The findings show that 79% of these professionals expect their auditor to provide an understanding of blockchain’s impact on their business or the financial reporting environment.

KPMG United States blockchain audit leader, Erich Braun, further told Cointelegraph that an organization’s blockchain system should be developed with the intent to meet both operational and accounting needs to comply with accounting standards and other regulatory requirements:

“SEC issuers will want to design blockchain technologies to support the entity’s internal control over financial reporting. Being able to demonstrate how these technologies achieve their objectives in a well-controlled environment is critical to a successful blockchain strategy. If the technology is not auditable, the immense benefits it brings, such as increasing efficiencies and cutting costs, may not be realized.”

While Big Four firms are able to shed light on auditing for crypto companies, each of them are also working on building blockchain systems. For example, KPMG offers a number of blockchain-based software solutions. Arun Ghosh, KPMG’s U.S. blockchain lead, told Cointelegraph that the firm saw a marked increase in revenue coming from blockchain initiatives last year.

Ghosh further noted that the firm has seen increasing interest in the use of blockchain in combination with other technologies such as IoT, AI and machine learning. In February, KPMG announced a new U.S. patent for a blockchain-based method designed to increase trust in AI data management practices. Ghosh mentioned that this is an important development for KPMG, as it demonstrates how critical the convergence of AI and blockchain is to enable trusted artificial intelligence. He predicts that the coronavirus pandemic will fuel these models, saying:

“In the coming years, we expect growth in enterprise blockchain and network-based models that support ‘COVID safe’ supplies, identities and products. This is already being seen as there is increasing intersectionality with other technologies like IoT, AI and Machine Learning.”

According to Brody, Baseline Protocol attempts to solve the challenges associated with enterprises using public blockchain networks. On May 21, Baseline Protocol published a demo highlighting the ability for multiple companies to digitally manage purchase orders and volume discount agreements across disparate systems on Ethereum. This aims to show how enterprises can securely collaborate over the Ethereum network without exposing valuable data.

In 2018, Accenture collaborated with Digital Ventures, a fintech subsidiary of Thailand’s Siam Commercial Bank, to launch a distributed ledger technology solution to simplify the way companies buy and sell goods and obtain financing. Built on R3’s open-source Corda platform, the solution reduces the need for physical billing in addition to invoice financing time while preventing fraudulent activity. According to Treat, this use case demonstrates how DLT can be applied for track-and-trace supply chain work, which is relevant for personal protective equipment being used during the current pandemic, adding:

“Through the use of DLT, we have created a new revenue stream and service for small-to- medium sized enterprises, which is important in order to get global economies moving again.”

More recently, Accenture collaborated with Fujitsu on an open-source software development kit called Hyperledger Cactus, which is designed to solve blockchain interoperability challenges. Treat further noted that another project with Hyperledger is in the incubation stage, mentioning the company has 160 blockchain patents. He elaborated:

“We are not a product company, but rather we engage with clients to choose a platform that best suits their specific needs. We spend a lot of time building preferred strategic alliances with ecosystem partners. Across the board, these partnerships with product and platform providers allow us to bring the right answers to our clients.”

Moreover, professional services providers have released a number of detailed reports on blockchain and digital assets. Arslanian noted that PwC recently published their 2020 Crypto Hedge Fund report, which shows the total assets under management of crypto hedge funds globally increased to over $2 billion in 2019, as compared to $1 billion from the previous year. The report also highlights global best practices seen in the crypto hedge fund ecosystem, serving as a source of knowledge for institutional investors interested in cryptocurrencies.

Big Four firm Deloitte and the World Economic Forum also recently released a report on blockchain interoperability. The report brings up a key finding, noting that although blockchains are built for specific industry ecosystems, the technology may work better if all of these were linked together under one framework.

Accenture is also working closely with the WEF on regular blockchain reports. Last year, the two organizations conducted a global study that found more than 64% of blockchain initiatives were being funded by IT or research budgets. This implies that the focus is on technology, rather than aligning business opportunities.

Additionally, Accenture and the Digital Dollar Foundation released a Digital Dollar white paper on May 27, which provides key findings on a U.S. central bank digital currency. According to Treat, the report includes recommendations on critical configurable design choices and technology as well as eight potential use cases.

While professional services organizations are innovating in the blockchain and crypto space, some think that more could be done given the potential and reach of these companies.

A former Barclays investment banker who now serves as an independent blockchain business development professional, Tegan Kline, told Cointelegraph that the Big Four firms in particular have a unique opportunity to dominate accounting in the blockchain space. However, Kline explained that the Big Four’s core competencies need to be revamped to take advantage of what public blockchains offer, adding:

“Providing accounting services for crypto clients and businesses is a good place to start. But we have seen a lot of centralized players try to innovate in the blockchain space and many of them miss the point, as they try to keep control by creating centralized, private blockchains.”

In a previous Cointelegraph article chief crypto analyst at Weiss Ratings, Juan M. Villaverde noted that when more of the Big Four firms start leveraging the power of public blockchains, there will be more of an impact in terms of public adoption. Currently, it seems as though EY is the only firm interested in public blockchain innovation.

CEO of independent consulting firm 101 Blockchains, Aviv Lichtigstein, further told Cointelegraph that Big Four firms in particular were quick to jump on the blockchain bandwagon but have remained silent about crypto adoption. He said:

“The Big Four firms immediately understood that the value of blockchain is in the digital transformation of enterprise business processes, rather than in the cryptocurrencies domain.”

However, Arslanian begs to differ, mentioning that the Big Four firms are indeed the most important players for the crypto sector. He said:

Still, the question remains of whether or not professional services giants will lead in blockchain innovation, or if the smaller, more nimble firms will reign supreme. While it’s too soon to tell, Klein believes that the most adaptive and agile company will outshine others, noting: “Blockchain technology is a black swan event, and from it, the most adaptive and agile will win. Perhaps we will see a shake up when it comes to the players included in the Big Four.”

Original Source: Coin Telegraph The Big Four Are Gearing Up to Become Crypto and Blockchain Auditors