The best crypto metal wallets you can buy now 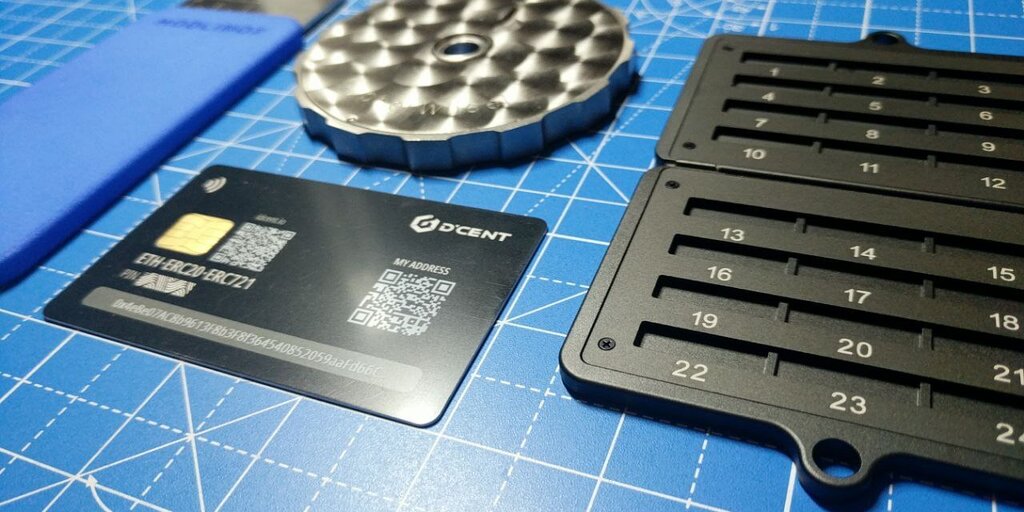 When it comes to safely storing cryptocurrencies, hardware wallets are generally considered to be the gold standard for secure storage and accessibility.

Although cold storage devices like the Ledger Nano X and Cobo Vault are certainly a secure way to store digital assets, ultimately they’re only as secure as the seed phrase they use to access and manage these assets. This seed phrase is usually a 12 to 24-word phrase that can be used to generate all of the addresses and private keys associated with a wallet when recovered. Most hardware wallets ship with a card that can be used to record this seed phrase, but this can be damaged or lost, making it impossible to recover the wallet.

That’s where metal wallets and other more robust seed storage kits come in. They’re used to protect seed phrases, private keys, and other sensitive information against damage, ensuring it remains intact even under extreme conditions. Like hardware wallets, there are now a huge variety of different seed storage solutions on the market, each of which promises to keep your seed phrase protected against myriad threats, such as natural disasters and fires.

We’ve rounded up some of the best seed storage options on the market for our review.

The Hodlinox is a simple metal storage plate that is used to store Bitcoin (BTC) and other 12 to 24-word recovery phrases securely. It’s available in a variety of designs, all of which are constructed out of thick, stainless steel and engraved with easy to read guidelines for seed words.

Unlike some other recovery phrase storage devices, the Hodlinox requires owners to manually engrave or stamp their seed phrase onto their plate. This can be as simple as using a permanent marker to write down each letter of the seed, or for those who want additional security, using an engraving tool to physically etch it into the metal. ‘Martin’, the founder of the project, believes that this solution is more secure than assembling letters into a series, since there’s no chance of the letters falling out of the storage medium.

Depending on your needs, the Hodlinox is available in a range of formats, ranging from the cheapest option, a single plate without a case at €29, to a double plate at €49, to the most expensive option—a pack of 10 double plates for €395. The website only accepts payment in Bitcoin.

The single plate option is double-sided with recovery words 1-12 written on one side, and 13-24 on the other side. The double plate option instead comes with two single-sided plates that are attached together with a screw, which would need to be unscrewed to view the recovery phrase. The Hodlinox also ships with a tamper-proof seal which will be damaged if the Hodlinox is forced open—either metal or plastic, depending on whether you’re using a single or double Hodlinox setup.

Since the Hodlinox is constructed out of stainless steel, it’s inherently water and fire-resistant.

Costing just €29 for the single plate model, the Hodlinox represents great value for money. However, it is more secure when you use an engraver rather than a marker pen, so consider factoring that in as a cost.

The CypherWheel is a robust metal wallet machined out of 5/16″ thick stainless steel. Coming in at 191mm x 11.4mm x 7.6mm and weighing around 300 grams, the CypherWheel certainly looks and feels like a heavy-duty piece of equipment.

Although many seed storage tools are designed to feature as few moving parts as possible, the CypherWheel is different from most. Users of the CypherWheel need to slide the individual tiles for each letter of their private information into the wheel through individual ramps machined into its body. This is a rather fiddly process, but the CypherWheel is supplied with a pair of tweezers to make things easier.

There are 24 different segments in total, and the CypherWheel is compatible with both BIP39 and SLIP39 seed phrases, and can store up to 96 characters of confidential information. Once the tiles have been inserted, a supplied punch tool is used to lock the letters into place, preventing them from accidentally falling out.

Unlike most other metal wallets, the Cypherwheel can be used to store just about any sensitive information, which can include Bitcoin private keys, seed phrases, passwords, or anything else that can be formed from the letters A to Z. However, it is primarily designed for seed phrases, since each segment of the wheel is numbered from 1 to 24, just like a BIP39 recovery mnemonic.

Each word of the seed can be revealed by rotating an internal disc, and the entire unit can be locked using either the supplied security seal—which will break if the device is unlocked—or a standard padlock through the hole in the unit.

The CypherWheel is extremely solid, and waterproof, dustproof, and fireproof up to 2,000 degrees. However, all this security comes at a steep cost—200 on the official CypherSafe web shop. Nonetheless, if security is your top priority, then you will struggle to find a more versatile and robust metal seed storage solution.

The CypherWheel is by far the most robust and most expensive option on this list. But if cost is no object, this is the one we’d pick.

As its name suggests, the Ellipal Mnemonic Metal is a metal cryptocurrency backup solution that allows owners to safely store their 12 or 24-word recovery phrase. It comes in an 86mm x 60mm x 8mm clam-shell form factor and is constructed primarily from aluminum.

According to its product description, the Ellipal Mnemonic Metal is designed to be fireproof, waterproof, and insect-proof, helping to keep the recovery phrase protected against most potential physical threats. However, although the Ellipal Mnemonic Metal has a durable build, it’s not listed as crush-proof—though we were unable to manually bend the item while reviewing it.

It comes supplied with a variety of letter stamps in addition to a screwdriver. Each letter is popped from its sheet and can be inserted into the case after unscrewing a numbered front-panel with the included screwdriver. Once all the letters are in place, the front panel can be screwed back on, and the entire wallet can be locked shut with a padlock (not included).

The Ellipal Mnemonic Metal currently retails for $49, but can be had for just $29 when purchased alongside the Ellipal Titan hardware wallet. As such, it’s one of the cheapest metal wallet solutions on the market currently.

Unlike the other options on this list, the D’CENT Card Wallet is designed specifically for Ethereum (ETH) and differs in the way that it keeps your funds safe. The Card Wallet comes in a credit card-like form factor with an Ethereum address and its associated QR code printed on the front, in addition to a PIN hidden beneath a scratch off panel.

Rather than requiring you to set up a hardware wallet or back up a recovery phrase using a metal storage solution, the D’CENT Card Wallet instead acts as a private key storage and authorization card. The device ships with a single Ethereum address and the private key associated with it, which can be used to store Ethereum offline. This private key is protected by an EAL5+ certified secure chip, which is able to communicate with a mobile device via a built-in RF antenna.

The D’CENT Card Wallet represents an interesting compromise between security and functionality. Alone, the card simply stores Ethereum securely offline, but can be combined with a dedicated mobile application used for managing payments. As such, the D’CENT Card Wallet makes it possible to store Ethereum offline, while also providing an easy access route to funds.

However, this does come with a significant compromise—D’CENT generates both the address and the private key of each D’CENT Card Wallet sold, and information on how it keeps this information secure is scanty. Nonetheless, at just $12.99 from the official D’CENT store for $12.99, the D’CENT Card Wallet could be a convenient option for storing and using small amounts of ETH.

At just $12.99 the D’CENT Card Wallet is extremely cheap, but the pre-generated private key is a no-go for us.