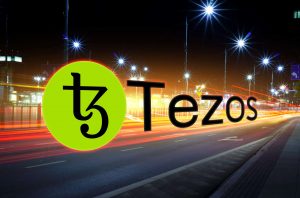 For two months now, the Gendarmerie’s cybercrime division (C3N) of the French Armies and the Gendarmerie’s Information & Public Relations Center (SIRPA) has been expeditiously tracking down expenses incurred during judicial investigations and recording them in the Tezos blockchain.

The smart contract deployed for this purpose was developed by Nomads Lab, a private Paris-based computer software company, vividly demonstrating how authorities can take advantage of blockchain solutions.

The CWN can now receive cryptocurrency from the Euro-pool allocated funds and cover operational expenses transparently and efficiently. The announcement is a definite boost and a high-level affirmation of the benefits of blockchain. Blockchain’s main value proposition lies on its distribution and transparency.

The French Armies and the SIRPA announced that since September 2019, the @Gendarmerie #cybercrime division (#C3N) has been validating judicial expenses incurred during investigations and recording them on the #Tezos #blockchain.

Depending on adoption levels, blockchain is not only secure but confirmed transactions are immutable. As such, their records are valid and safe from a manipulation different from centralized databases that are prone to third party attacks.

Tezos depend on smart contracts and dapps, like in Ethereum, can be run from its Proof of Stake consensus platform. Its smart contract is coded using the Michelson language which facilitates Formal Verification.

However, it is different in that governance is on-chain allowing for self-amendment as all stakeholders can participate in governance. Owners of XTZ coin, the native currency on the Tezos blockchain, can vote for changes meaning contentious proposals can be agreed on without the risk of a hard fork.

It’s also an advantage for developers. Incentivized, they can suggest proposals to improve the network.

In August 2019, Tezos announced a deal pipeline that could exceed $1 billion where they will specifically assist Brazil’s Banco BTG Pactual S.A and Dubai-based Dalma Capital in their digitization effort. The bank is South America’s largest investment bank while Dalma Capital is an asset management firm. Tezos will act as a platform for conducting Security Token Offerings (STOs).

Hubertus Thonhauser, the principal of the Tezos Foundation said:

“BTG Pactual and Dalma Capital have been leaders in implementing tokenization and blockchain solutions in the realm of traditional investment banking and asset management. We are encouraged by forward-thinking investment banks embracing blockchain as the market progresses to institutionalization and mass adoption.”