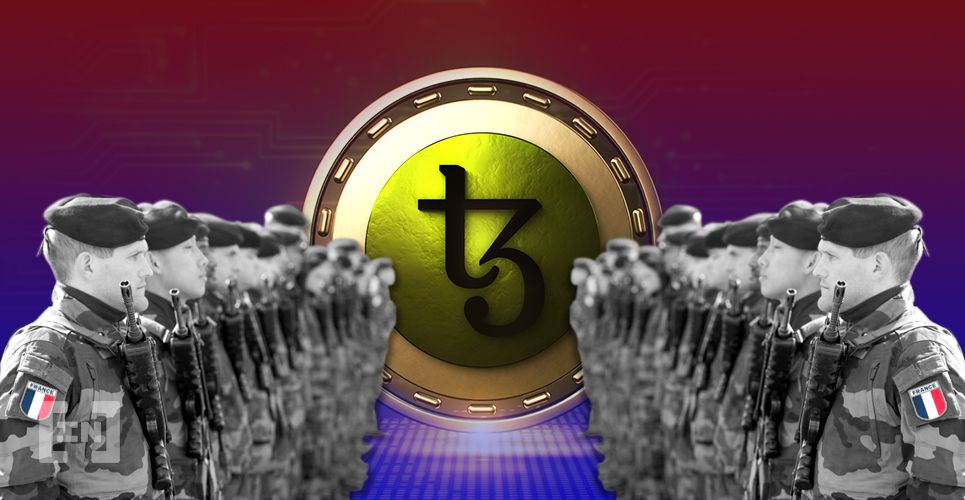 The Tezos (XTZ) price has been increasing at an accelerated rate since July 5, breaking out from a nearly month-long descending resistance line. The price was rejected by the $3.05 resistance area but should make another attempt to break out.

The XTZ price began an upward move on March 13, which continued until the price reached a high of $3.13 on June 2. The high served to validate the $3.05 area as resistance, since the price was rejected by the same level on April 30.

The price reached the $3.05 resistance area before declining once more. This move also caused the daily RSI to move above 50, and validate the line as support. The bullish price action suggests that the price will continue moving upwards.

On the shorter-term chart, we can see that the price is also following a rising support line, which has only been validated twice. In addition, there is the $2.7 support area, which caused a bounce earlier today.

As long as the price successfully holds above this area, it should make another attempt at breaking out from the previous resistance area. The most recent decline took place following the formation of bearish divergence, as seen below.

Cryptocurrency trader @Glowto1994 stated that the Tezos price is dropping towards support, but is expected to continue moving upwards, possibly going all the way to $5.

Pulled back deeper than expected due to Bitcoin breaking down last night and so far we have reacted off the supply zone. Now the structure looks incomplete so i’m betting on this impulse continuing and laddered orders down. Stop loss below the support region.

Indeed, it seems that the price is finishing an upwards A-B-C correction, inside which it is currently in the C wave. The C wave takes place in an impulsive five-wave formation.

While the price could certainly increase all the way to $5 if the wave extends, there is considerable resistance near $4, which was the March and yearly high. Therefore, if the wave count plays out as expected, that would mark out the first area of resistance.

This wave count will be invalidated by a decline below the low point of B, at $2.2.