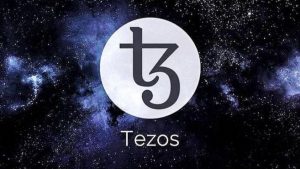 Tezos is one of the most active cryptocurrencies in the market at the moment. It is believed that it is offering investors an alternative to Ripple’s XRP which continues to underperform when compared to its peers such as Ethereum.

Tezos is trading at $2.79 at the time of writing. The downward price action from the barrier at $2.90 is an expected reversal following the formation of a double-top pattern. This pattern is used to signal reversals from a continued bullish trend. Although it is not always accurate in predicting the direction of the price, it is usually used alongside other indicators such as the RSI and the moving averages.

Meanwhile, the price is dancing between the 50 Simple Moving Average (SMA) in the 1-hour range and the 100 SMA. The slide under $2.90 has seen the sellers’ confidence increase. If XTZ/USD breaks below the ascending trendline resistance, there is a big probability that the price would spiral further towards the primary support at $2.40.

The prevailing technical picture remains bearish. For instance, the Relative Strength Index (RSI) is grinding closer to the average after a recent rejection from the overbought region. If the trend remains bearish, then more losses can also be anticipated. Other areas of interest to the bulls include the 50 SMA, $2.70, $2.60 and also $2.50.