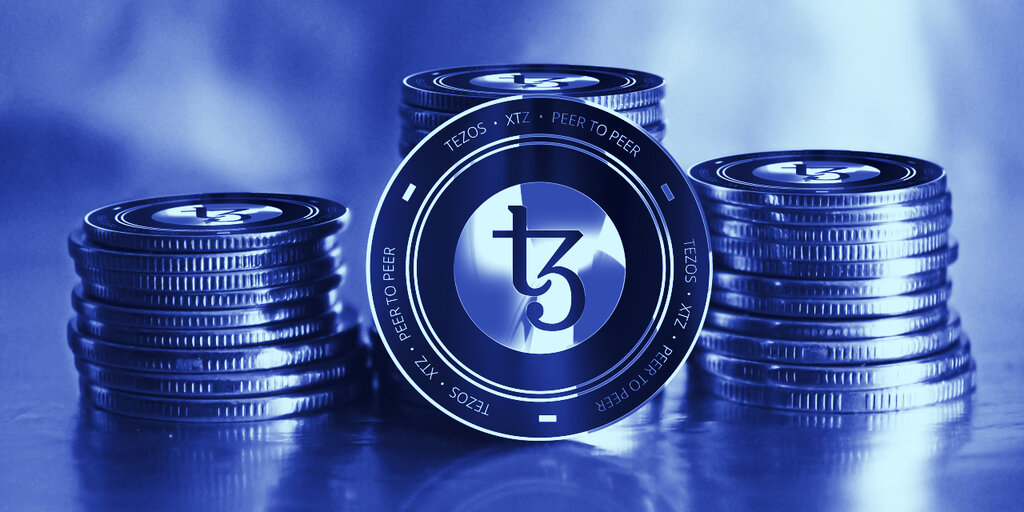 Despite a relatively muted day for the cryptocurrency market as a whole, Tezos (XTZ) and Chainlink (LINK) are recording big gains today. Both have continued to surge, following strong rallies over the past few months.

Chainlink is currently leading the market in terms of growth and is now up 5.3% since yesterday. The cryptocurrency is now trading at $4.08, up more than 150% compared to its lowest point in 2020. Chainlink now occupies the position of 12th largest cryptocurrency by market capitalization after leapfrogging Stellar (XLM) earlier today.

Today’s bullish price action extends more than two months of near solid growth from Chainlink, which has seen its market capitalization swell from $566 million to $1.42 billion in this time.

Chainlink’s latest surge comes following news of a recent partnership with hybrid blockchain maker Kadena. The new arrangement will see Chainlink’s price oracles integrated with the Kadena network. Data from these oracles will be used to build price reference contracts that can be used for a variety of purposes.

Tezos is performing similarly well, having gained 5.2% since yesterday, pushing its market cap to north of $2 billion while further solidifying its position as the 10th largest cryptocurrency. Tezos is now trading at $2.84—its highest value in over a week.

What is Tezos (XTZ)?

Overall, Tezos is now up 10.6% for the week and 33.8% in the last month, making it one of the best performers in recent weeks.

This growth may have been influenced by the addition of Tezos staking on Swiss crypto broker Bitcoin Suisse’s custody platform. Institutional Tezos holders will now be able to participate in the Tezos baking process, and earn staking rewards while doing so.

Despite this growth, daily XTZ trading volume has declined significantly throughout May, falling from over $350 million at the start of the month, down to just $125 million today—a reduction of 64.3%. This is unusual among crypto markets, since growing volume and bullish price action are frequently coupled. Perhaps there’s other factors at play.