Tether Integrates With Plasma Sidechain to Reduce Load on Ethereum

Tether Integrates With Plasma Sidechain to Reduce Load on Ethereum 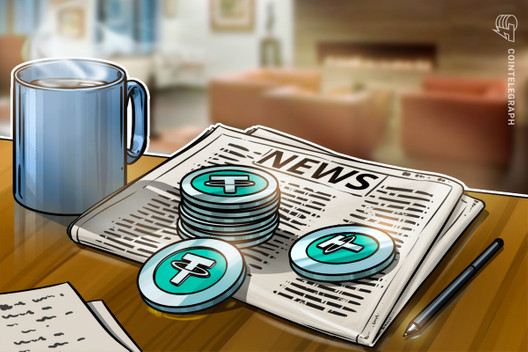 Bitfinex’s Tether (USDT) stablecoin is now available on the OMG Network, a plasma-based Ethereum sidechain launched on June 1 by the project formerly known as OmiseGo.

The integration, also announced on June 1, marks the first time that Tether integrated an Ethereum sidechain to boost its performance. Tether is by far the largest “gas guzzler” on the Ethereum network at 8,900 ETH (about $1.84 million) in fees spent last month, according to ETH Gas Station. This is more than the next five protocols combined, one of which is reportedly a Ponzi scheme.

By delegating some of that volume to the OMG Network, Tether is hoping to ease the burden on Ethereum. Bitfinex’s CTO, Paolo Ardoino, said that “by migrating USDT value transfers to the OMG Network we save costs, drive performance improvements and relieve pressure on the root chain network.”

The OMG-based Tether network will be accessible through Bitfinex and “allow traders to react faster to trading opportunities,” Ardoino said, though given the network’s recent launch, there are no other venues that accept it yet. Stephen McNamara, the COO of OmiseGo, told Cointelegraph that discussions to integrate OMG with other exchanges and wallet providers are ongoing.

While Plasma was initially touted as the best layer-two solution for scaling Ethereum, major issues with it meant that the community’s enthusiasm shifted to Optimistic Rollups.

That left OmiseGo and several other projects alone when dealing with Plasma technology. The OMG Network, a complete rebranding of both OmiseGo and its parent company Omise, launched its mainnet beta on June 1 as well.

The project appears to have cut several corners to make its “More Viable Plasma.” Notably, the sidechain is based on “Proof of Authority” consensus, with the documentation noting that it is operated by a single entity. It nevertheless supports watcher nodes that verify the correctness of the transactions.

Other compromises include the inability to perform a “mass exit” from the sidechain, which was one of the biggest stumbling blocks of the initial Plasma concept, and a limited scope where only one chain will be created, instead of a full network of them.

Still, the network allows direct peg-ins of ETH or ERC-20 tokens, while reportedly reducing fees by 66%. This may become an attractive proposition as Ethereum fees continue to skyrocket.