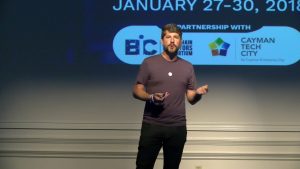 In the aftermath of the Goldman Sachs report on Bitcoin and Gold, Crypto Twitter goes gaga over what was intended to be criticism. Leading Bitcoiners slammed their view and the general consensus was that the multi-national bank was attempting to mislead. Tone Vays, derivatives trader and crypto analyst notes,

The only logical explanation for the way #Bitcoin

is explained in @GoldmanSachs report is for them to buy up $BTC while it’s cheap, then sell it to their clients at the top of next Bubble… Won’t be the first time right GS

Although, this isn’t the first time when Goldman Sachs has rejected the blockchain space. Tether Creator, Sellars shares an interesting story from a proposal meeting in 2015. He tweeted,

In 2015, I went to Goldman Sachs and said “Tether is a central bank in a box. Do you want it?”  They asked, “why would anyone want a dollar on a blockchain?” I replied “Because it’s the dollar. On a blockchain.”

They laughed me out of the room.

Currently, Tether has issued over $9 billion in USDT, making it the third-largest cryptocurrency with respect to market capitalization.

A Jibe at USDC Circle Too?

Sellars not only belittled Goldman Sachs with the success of Tether but also went on to criticise USDC. It is the second-largest stablecoin with around $740 million issued in the markets. PAX follows Circle with 1/3 of the supply of USDC.

Sellars play of words criticise the design behind Circle. He says,

Yeah, a dollar. On a blockchain. Kinda. With some other rules and stuff.

Maybe they’ll use it if… we pay interest? 🤔

Notice the replacement of ‘the dollar’, with ‘a dollar’ with the addition of ‘Kinda.’ Circle is a well-established blockchain start-up, with investors including Goldman Sachs Group, Baidu, and Bitmain. According to the Circle webpage,

USDC is issued by regulated financial institutions and backed by fully reserved assets, and redeemable on a 1:1 basis for US dollars.

While it does not state that is backed 1:1 by the US dollar, neither does Tether. Tether is backed by its reserves as well. It includes ‘traditional currency and cash equivalents and, from time to time, may include other assets and receivables from loans made by Tether to third parties.’ Nevertheless, the criticism by Sellars seems to point at less transparency and more control from the Circle management,

What do you think Sellars meant by “Kinda”? As we await a response from his, feel free to share your views on it.