Just after 100,000 in USDC were blacklisted by Centre, Tether blacklists 46 million Tether in Ethereum addresses.

Tether (USDT) has blacklisted 39 Ethereum addresses worth $46 million in USDT, with 24 holding a total of over 5.5 million USDT being blacklisted this year. This revelation comes on the back of Centre’s first blacklisting of an Ethereum address holding $100,000 USDC.

Ethereum researcher at Horizon Games Philippe Castonguay used Dune Analytics to create a dashboard that tracks the number of addresses blacklisted by both Centre and Tether. The largest address holds over 4.5 million USDT and was only recently blacklisted on April 5. 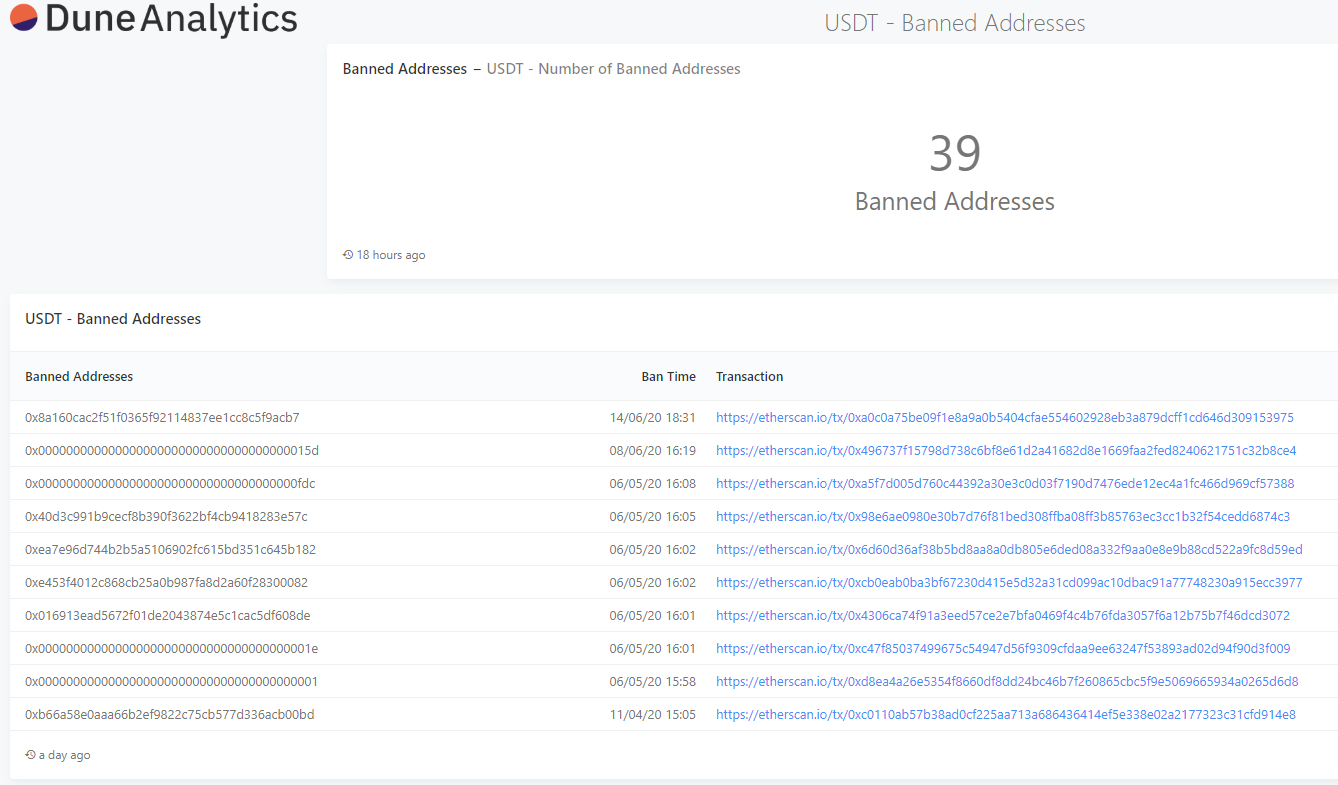 Similar to blacklisted addresses holding USDC, Tether addresses that receive a blacklisting function are no longer able to transact with Tether, freezing any existing coins held in the address.

“Tether routinely assists law enforcement in their investigations… Through the freeze address feature, Tether has been able to help users and exchanges to save and recover tens of millions of dollars stolen from them by hackers.”

Arcane Assets CIO Eric Wall stated on Twitter that the most recent freeze occured on June 14 which held 939,000 USDT received from Binance just 22 hours before the blacklisting occurred.

Aside from this, Wall added, most other freezes were purely precautionary actions:

“Most other freezes seem to have been made on Ethereum accounts either for  precautionary reasons (possibly identified as scams/Ponzis) or in error/to protect others from making errors (like freezing  0x000…0001). 3 addresses were unfrozen after the freeze.”

This recent development further adds to the distrust of central organizations within the crypto world, with resistance specifically over stablecoins and their ability to be censored. One user commented on Castonguay’s Twitter post that Dai (DAI) and sUSD are the only censorship-resistant stablecoins.