Telegram to return $1.2 billion under proposed settlement with SEC 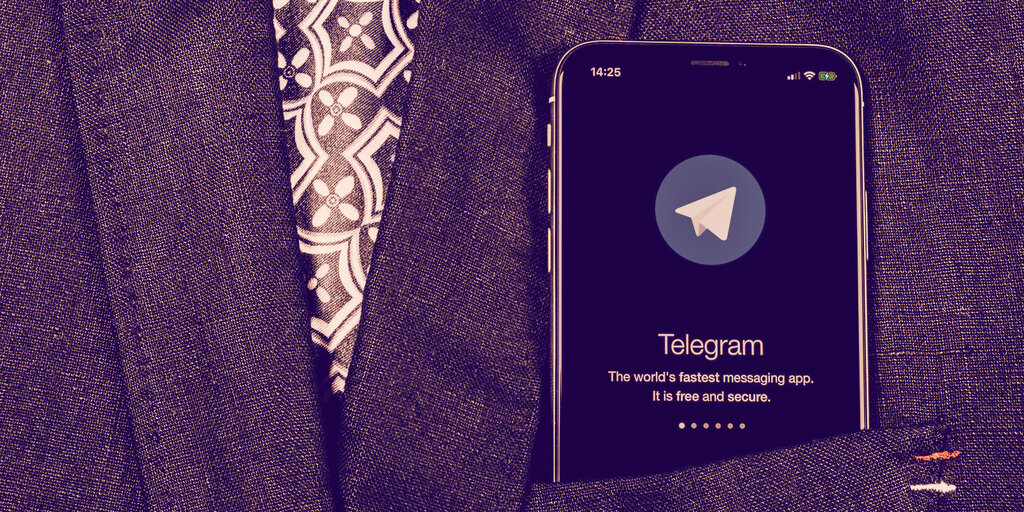 Telegram and the SEC, at odds since October over the $1.7 billion ICO for the messenger app’s blockchain project, have finally agreed on how to settle the eight-month-long court case.

Having since abandoned the Telegram Open Network, Telegram, which also operates a messenger app with 400 million users, has reached an agreement with the SEC over what to do next.

Under the proposed settlement, filed today by the SEC, Telegram would return $1.224 billion of its $1.7 billion raise (70%) to investors—”the unspent portion of the monies raised from Investors”—minus any money Telegram has already given back to investors, or any money that investors offered to loan Telegram.

(Telegram cut a deal with investors at the end of April: it offered to give them their money back now, or 110% the following year).

“Today’s proposed settlement reconfirms our commitment to repay the remaining funds to purchasers under the Purchase Agreements. We’ve already repaid more than 1.2bn to the purchasers either directly or in the form of loans,” said Pavel Durov, CEO of Telegram, in his personal Telegram group.

Telegram must also pay the SEC a civil penalty of $18.5 million and must provide the SEC with 45 days notice if it wants to attempt a token sale again.

Why did Telegram abandon its blockchain project?

Telegram abandoned its blockchain project, the Telegram Open Network, on May 12. It had been battling a lawsuit with the SEC since October 2019.

The SEC alleged that its $1.7 billion raise for the network’s native token, the Gram, was an illegal securities sale because Telegram was selling an investment.

Telegram, on the other hand, argued that it was technically selling the rights to future Grams, which would be issued after the launch of the network. When they sold those rights, Telegram hadn’t even minted the tokens yet, so it argued it couldn’t be selling Grams to investors.

What Is An Initial Coin Offering (ICO)?

The SEC said that Telegram’s convoluted argument didn’t hold water and argued that it was a securities sale nonetheless. It prevented the network from launching, and in March convinced New York Judge P. Kevin Castel that it “has shown a substantial likelihood of success in proving that Telegram’s present plan to distribute Grams is an offering of securities.”

Seeing no light at the end of the tunnel—and forced to return money to investors if the network didn’t launch by the end of April—Telegram abandoned the project at the start of May.

“Regrettably, we were unable to launch the TON platform by our deadline date due to the preliminary injunction ordered by the Court, and thus had to return the remaining funds to purchasers under our contractual agreements,” said Durov.

Who’s in the wrong?

In SEC settlements concerning ICO cases, the company alleged to have run an illegal securities sale typically doesn’t have to admit or deny the SEC’s allegations.

But in its letter to the court, the SEC wrote that its proposed settlement with Telegram “permanently enjoins Defendants from violating Section 5 of the Securities Act of 1933, the provision they were found likely to have violated.”

However, in the actual proposed judgment, the SEC wrote that Telegram “consented to entry of this Final Judgment without admitting or denying the allegations of the Complaint.”

Marc Boiron, a partner at law firm FisherBroyles, told Decrypt that “this is completely normal. The issuer is enjoined from violating the law that it was violating at the time (no surprise there), and the issuer never wants to admit the allegations but the SEC will not allow it to deny the allegations so it neither admits nor denies them.”

Telegram, then, is no different: “Since we saw limited value in pursuing the court case further, we welcomed the opportunity to resolve it without admitting or denying our liability,” said Durov.

“We look forward to continuing to pursue our other projects and avenues for innovation, and we hope the regulatory environment for blockchain technology in the US becomes more favorable for others in the future,” concluded Durov.