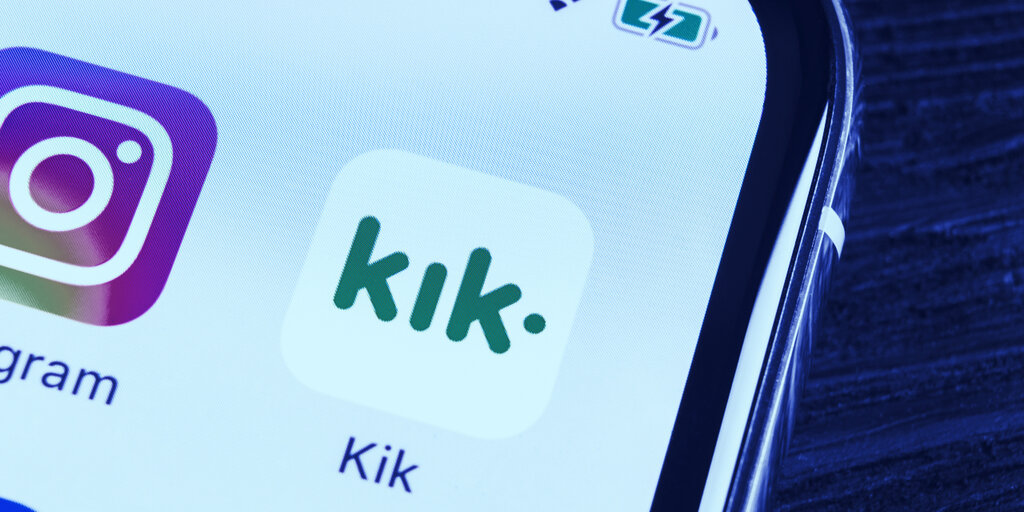 When Telegram’s ambitious $1.7 billion crypto project collapsed in May, people pronounced the death of the “SAFT.” Called a Simple Agreement for Future Tokens, the SAFT was a type of ICO designed to raise startup funds through the sale of blockchain-based tokens while staying within US securities laws.

It was a smart idea: sell investors the right to future tokens, so that when the network eventually launched and the tokens distributed, the tokens would no longer be securities. Then, the SEC took Telegram to the courts and blocked the project, forcing the company to return most of the money to investors.

The SAFT, it seemed, was dead.

Another nail in the coffin for SAFT?

And that would spell bad news for Kik, another messenger app that the SEC is raking over the coals for an ICO that similarly used a SAFT. The SEC alleges that the 2017 token sale for Kik’s own crypto play, Kin, which raised $100 million, was an unregistered securities offering, and that the SAFT didn’t change squat.

And during a dial-in hearing yesterday in which lawyers for the SEC and for Kik traded jabs in oral arguments, the SEC invoked the Telegram to plead its case.

“I understand that Judge Castel’s [the judge that presided over Telegram’s case] decision has a lot of reasoning that is comfortable to you,” Judge Hellerstein told the SEC’s lawyers. “Very well-reasoned decision, characteristic of Judge Castel, but I think our issues are different.”

Castel had said that the SEC had shown “a substantial likelihood of success” in proving that Telegram had sold Grams to speculators—a hallmark of a security. Judge Hellerstein noted, however, that this alone isn’t enough to grant SEC’s motion for summary judgment against Kik. (Telegram, after all, settled its lawsuit with the SEC without admitting or denying the charges.)

SEC v Kik will end with certainty, but will it bring clarity?

“I think that there is no binding precedent on me one way or another,” said Judge Hellerstein. In other words, Telegram’s demise isn’t necessarily Kik’s.

Hellerstein didn’t decide the case there and then. He’ll either throw it out or schedule a full trial. Either way, it could be a while longer before Kik’s stand to “defend crypto” meets its end.