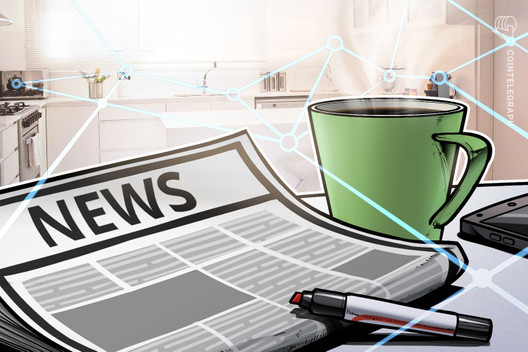 Balaji Srinivasan has promised a $1000 BTC bounty to anyone who can get Recode’s Kara Swisher to retract a story on COVID-19.

Balaji Srinivasan has offered $1000 in Bitcoin to the first Twitter user who can get Vox’s technology news website Recode to retract a story about Silicon Valley’s ‘overreaction’ to COVID-19 in February.

The former CTO of Coinbase made the offer on Twitter today. He specifically targeted Kara Swisher, the co-founder and editor-at-large of Recode.

Srinivasan says he will give $1000 — or 0.11 BTC at the time of writing — to anyone who is able to provide “a timestamped reply from [Recode] agreeing to correct the piece” and a publication of the correction.

Since their business model does not incentivize truth, the public will have to do it.

$1000 #Bitcoin bounty for the first person who can get them to correct the record. https://t.co/nyz2LqiU0f

According to Srinivasan, the article — featuring tweets he wrote regarding fecal transmission of the virus during the Chinese New Year celebrations — was clickbait and conveyed “wrong science.”

The story was released on Feb. 13 and Srinivasan immediately took to Twitter to claim that the article contained “many statements that are false or omit so much context they mislead readers,” including that the risk in transmitting the virus in public settings was low, and that the CDC did not recommend reducing the use of handshakes.

In the piece, reporter Shirin Ghaffary, did seem to be making light of the actions of a partner at Andreessen Horowitz who took precautions like not meeting anyone in person who had traveled to China, and ordering a hazmat suit and respirator for protection.

At the time the piece was written, there were fewer than twenty confirmed COVID-19 cases in the United States, the CDC had only issued a statement confirming the first person-to-person transmission in the country two weeks earlier, and lockdowns were something that only happened in China. It was a simpler time.

Recode did request an interview with Srinivasan for the piece, but rather than respond he reposted her message to his 226,000 followers on Twitter on February 7, saying he would have been “happy to engage if [he] thought it was in good faith” but was not interested.

In the months following this exchange, Srinivasan has continued his campaign against the media, taking swipes at journalists calling them “sociopaths” and “disgraceful.” New York Times reporter Taylor Lorenz claims he constantly ranted about her online, attacking her education, writing, career, “and worse.”

Reactions to the Bitcoin bounty were mixed, with many horrified that a prominent voice on Twitter would use a term like “bounty” to describe an action against journalists.

“Are you inciting people to make threats or something?” user ItIsOurCorn said. Others were more direct:

“What psychopath sits there and puts out a bounty for random strangers (potentially violent or mentally ill) to literally harass people? How do you consider yourself at all ethical?”

A few agreed that while the original article had its faults, a bounty was not the solution “Agree they should issue an apology and retraction over that article,” said Crypto_JoeRogan. “But this is maybe not the best way to go about it.”