Tech Billionaire John McAfee Is Having a Great Time in Prison 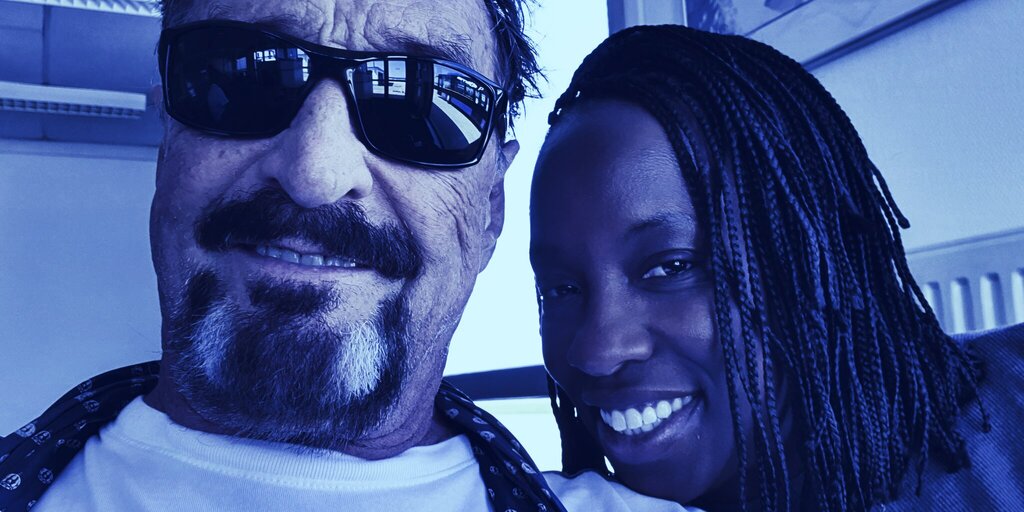 He’s awaiting extradition to the US. But no rush—he’s loving every second, according to a message relayed by his wife, Janice McAfee.

“Hello from prison my friends,” his message begins. “I am having a fascinating time. Spanish prison is not that bad. We can wear whatever clothes we want. We can smoke and socialize. It’s like the Hilton without turn down service.”

I was able to speak with John today. He is still in good spirits and wanted me to share this message with all of you. pic.twitter.com/nr3d4S6LCI

He’s getting on well with his new friends, too. “My cell mate is an ambassador’s drug dealer, I wish I would have known him before,” he reportedly said. “The prison yard is full of murderers but mostly nice people. I spend most of my time with my back to the wall.”

Janice McAfee added, “He is still in good spirits.” Currently, she’s “putting all my energy into bringing [her] man home!” She said it’s out of her hands; “it’s up to the lawyers lawyering. We have a team of the best so I expect a good outcome.”

In a statement on October 6, she said, “Regardless of whatever John may or may not have done, he has spent most of his retirement fighting not only for his own freedom, but everyone’s freedom, in America and across the world.”

My statement on John's detainment. pic.twitter.com/VU0WpUGp6R

The US Department of Justice alleges that McAfee “earned millions in income from promoting cryptocurrencies,” among other things, but did not file tax returns between 2014 and 2018 and instead concealed assets in the names of others.

John McAfee has taunted US regulators several times. On June 14, tweeting from Cuba, McAfee promoted BeatzCoin (currently worth $0.0002) on Twitter. “Yes SEC, I’m promoting. Fucking come and get me,” he added. Last January, he tweeted that he hasn’t filed a tax return for eight years (double the time for which the DoJ alleges he has not filed tax returns) because “taxation is illegal.” (The DoJ alleges, er, the opposite).

The SEC, which has charged McAfee for profiting from shilling ICOs, wants him to pay back all his profits and to ban him, permanently, from serving as an officer or director to any company that sells securities.