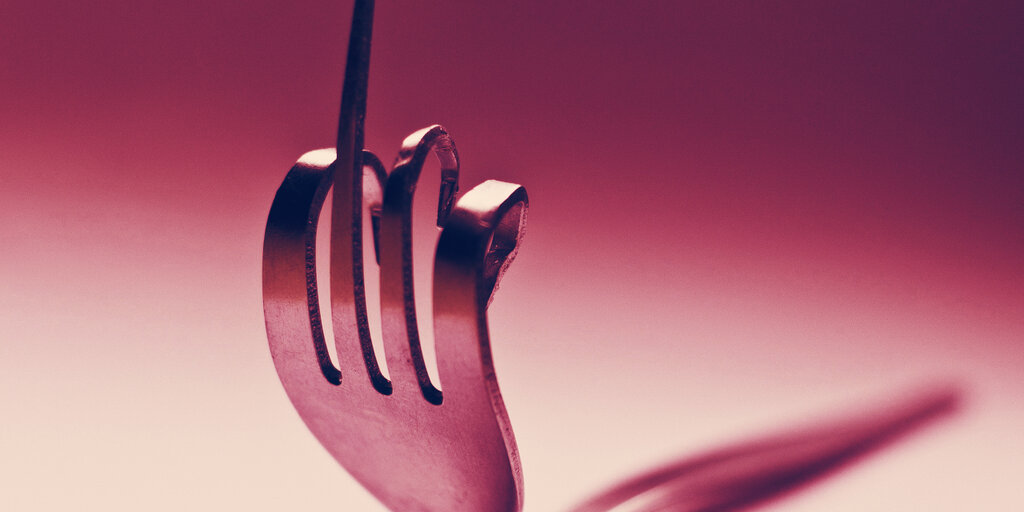 Open source contracts in the Ethereum ecosystem are fueling the yield farming boom, but a new fork of Curve Finance claims to be giving back to the community after a series of questionable decisions by the original developers.

Swerve Finance, developed by an anonymous user or team, announced plans yesterday to release a 100% community-owned fork of the popular stablecoin swap platform Curve Finance. Its website claims the forked protocol will be free from numerous issues that have allegedly occurred since launch, among them pre-mining and centralized control by founders.

In an environment where scams and “rug pulls” are becoming more common (recent examples include ymd.finance and TRUAMPLE) as yield farmers deposit money in increasingly obscure food-themed ventures, Swerve could represent a more mature, benevolent turn for open source DeFi development. Or, it could just be the latest crypto offshoot claiming to be purer than its forebears.

Curve Finance launched in January 2020 and has grown to lock over $1 billion in user value according to DeFi Pulse, making it the second-most popular decentralized exchange behind Uniswap. For comparison, it has about twice the locked value of Balancer, which sits in third. But it’s also incredibly new, meaning its place near the top of the DEX rankings is hardly secure.

Curve claims that it allows consumers to make trades between stablecoins like DAI and Tether with the lowest slippage in the industry, meaning the liquidity users provide is used more efficiently and traders stand to lose less marginal profit on large trades.

However, Curve has stumbled into multiple negative incidents with its user base and even the larger community of crypto users. The first was right out of the gate when its token went live this August.

Though it planned to give liquidity providers 24 hours notice before making the initial distribution of the CRV governance token, an anonymous crypto user instead used open source code posted to Curve’s Github page to launch the protocol without warning. Therefore, at least one person was able to farm CRV for hours while others waited for confirmation from the Curve team that the contracts were safe. Some skeptical users assumed an illicit pre-mine.

Since then, the controversy hasn’t lessened, as it emerged that the development team owns a majority of governance tokens. Other grievances include so-called unfair voting rights and pool offerings.

Swerve says it will distribute 33 million SWRV governance tokens over six years, with nine million distributed in the first two weeks to kickstart liquidity. Swerve has not yet launched and no official date is set, but all announcements will come from the Swerve Finance Twitter account.

The Swerve Finance announcement combines two emerging trends in DeFi. The first is the forking of existing open source protocols to launch tweaked versions of the original product. The second is the radical experimentation in full community governance in projects like Yearn Finance.

Whether Swerve is a success or can overtake its parent protocol is yet to be seen, but the Cambrian-explosion style development for decentralized protocols is truly becoming something to behold.